The 4YFN goes to America

What began in 2014 as a modest event for innovative startups running alongside the Mobile World Congress, with just 2,300 participants, today has become a global community. The 4 Years From Now (4YFN) has gone beyond Barcelona and, after repeating its success in Shanghai and Tel Aviv, on Tuesday opened in San Francisco as part of the first edition of the Mobile World Congress Americas, which expects to welcome some 60,000 visitors in its first edition. “The only way to have relevance on a world level is not to remain as a platform that is exclusive to Barcelona, but rather to go abroad and make contact with the large existing ecosystems,” Esteban Redolfi, executive director of the 4YFN tells Via Empresa.

The arrival of the 4YFN in San Francisco is not the event’s first experience away from home. In fact, it has already had two editions in Shanghai and last week one in Tel Aviv. It is a strategy of diversification that is “born out of the need to make the 4YFN community larger,” says Redolfi.

At GSMA, the Fundació Mobile World Capital Barcelona’s main partner in organising the event, “we have seen that it is a formula that works very well for both parties and that generates a community that is growing and that is becoming important in different sectors,” he adds.

Redolfi: “The only way of having relevance on a world level is not to remain a platform that is exclusive to Barcelona"

Clearly, having the GSMA on your side makes the journey safer. “Without a partner like this, things would have been much more difficult, also in terms of resources,” Redolfi admits. “In taking part in a large event, such as the MWC in Shanghai or San Francisco, we are taking advantage of this synergy because starting from scratch would be far too difficult,” he adds.

Being in the right place

On Tuesday, the first MWC Americas began in San Francisco, “the ecosystem in big letters,” according to Redolfi. “We had to be there so as to consolidate and make the community grow. It is great inviting them over to Barcelona, but it is not the same as going to them,” he points out. 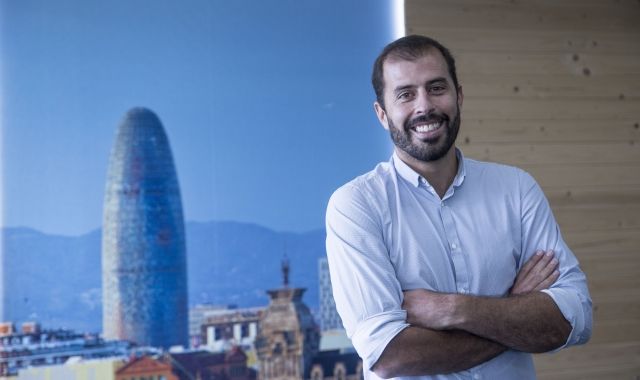 At the same time, the internationalisation of the 4YFN offers Catalan startups a platform that provides them with visibility and connections that are impossible with just the Barcelona edition. “The large American investors come to Barcelona during the MWC, but not all of them. If we go to them, there is a greater chance of meeting the right people,” says Redolfi.

One of these companies is Validated ID, which this week moved its team to California. “We have taken part in the one in Barcelona for three years but this is the first international one we have gone to,” the firm’s director of Corporate Strategy, Pol Fañanás, tells Via Empresa just before catching his plane.

In this case, they were selected by the Ministry of Energy, Tourism and Digital Agenda through Red.es, as one of Spain’s Top 10 startups. “As a tech company, San Francisco and Silicon Valley are the Mecca where one has to be,” says Fañanás.

Ready to show @ViDSigner and @ViDChain at #MWCA17 pic.twitter.com/fHRvJDzJC9

What attracts them most about this opportunity, as Redolfi points out, are the possibilities of funding. “They are playing in another league there in terms of the quality of the investors and the money available. Having one foot in this area offers us a boost for the development of international business,” says the head of Validated ID. In fact, he admits that they have already arranged a couple of important meetings with investment funds that “contacted us before we had even set foot in San Francisco.”

Fañanás: “In San Francisco they are in another league in terms of the quality of investors and the money available"

The company, which specialises in electronic signatures, will also take advantage these days in San Francisco to have meetings with other companies, such as DocuSign. “It is the world leader in electronic signatures, one of our products. The idea is to see if the partnership we already have can go a little further and help us to sell part of the products we offer in other countries,” says Fañanás.

An 4YFN for each city

Each 4YFN “is adapted to the city in which it takes place,” says the executive director. An example is how informal networking is carried out. If in Barcelona it is related to leisure, with time every afternoon for a few beers and so make new contacts, “that does not work in Asia, and so you have to find another excuse,” says Redolfi. 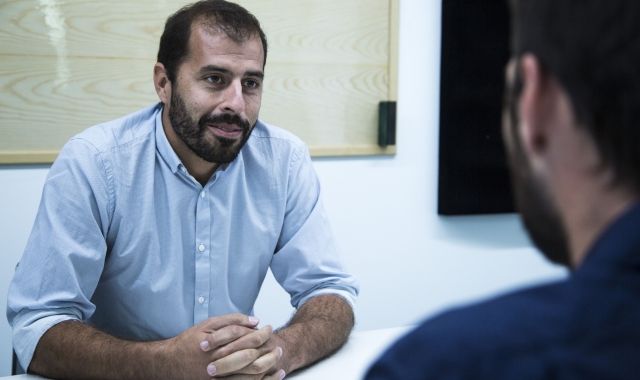 “Drinking is not the meeting point and so what we do is organise a ping-pong tournament,” he says. “It works really well, everyone watches everyone else playing, comments on the matches and they get to know each other.” In this edition in the United States, they will look to find the right formula by trying “activities with specific speakers to get something out of the networking.”

Redolfi: “In Asia, drinking is not the meeting point and so to network we organise a ping-pong tournament”

From the company’s point of view, Fañanás says that “it looks similar to what takes place in the Barcelona edition, but with some differences, such as the visit to the Google headquarters that has been organised.” These attractions will complement the traditional activities of pitching to investors, product pitches or pitching the press, which also work in Barcelona.

In any case, reproducing the 4YFN in the world’s main innovative ecosystems is no threat to the original edition. “So far this strategy has not prevented the Barcelona edition from growing, on the contrary,” says Redolfi. “Our strong point will always be Barcelona, where we play as locals and the people who get to know us abroad are tempted to come.” In fact, he points out that the first year that the 4YFN went to Shanghai “we were able to get Korea, Taiwan and Japan, who had never before been to the 4YFN in Barcelona and who came the following year. We hope the same thing will happen with the United States,” he concludes.