Delivery failures is the main worry of online shoppers; a challenge for logistics heads in electronic commerce

Packages that arrive late, damaged or with a product inside them that is nothing like what was on the screen when the purchase was made. Delivery mistakes are the main worry of seven out of 10 online shoppers, according to the Study of B2C Electronic Commerce carried out by the Spanish government’s National Observatory of Telecommunications and the Information Society (Ontsi). The process from when the product leaves the warehouse to reaching the buyer poses one of the main challenges for logistic heads in ecommerce. It is what is known as the last mile, the main subject of the eDelivery fair that is being held this week alongside the International Logístics Fair (SIL, in Catalan) at the Fira de Barcelona on Montjuïc. It is a place to talk about the whole process, from the user searching for and clicking on a purchase to receiving the product in their hands.

It may not seem a major thing, but it is widespread: in 2015 alone, 300 million ecommerce transactions accounted for 1,980 billion euros worldwide. Of this total, 62 billion euros came from ecommerce companies in Europe, where 7.2% of sales were in the retail sector. And an even more serious figure: in the same year, in the United Kingdom alone, “failed deliveries generated 500 million euros in losses for online retailers. Time lost in transport, second deliveries or checking conditions,” Marius Kerbalek, CEO of Smartpak, tells Via Empresa.

In 2015 alone, there were 300 million ecommerce transactions

In fact, the aim of this startup, part of the Ara Vinc group, is to avoid these delivery failures, which is the main problem in the last mile. It is a problem that goes beyond the direct costs. “It has major repercussions on the customer’s opinion following the purchase and on their decision to repeat,” points out Kerbalek.

The expert in innovation, Xavier Ferràs, dean of the Business and Communication Faculty of the University of Vic, concurs that “delivery is a key competitive factor. There is increasingly more complexity and higher expectations from customers. Whoever provides the consumer with the best experience will be the one who wins the race.” It all requires a change of idea in the supply chain. "Classical logistics are over," insists Jaume Hugas, professor of the Department of Operations, Innovation and Data Science at Esade. In his opinion, the new logistics require "one’s own, decentralised" chain, and he cites the example of Walmart. "They saw that their warehouses were no use for ecommerce and had to make 10 more in a single year in the most populated cities," he says in a talk at eDelivery.

“We are increasingly buying more online, but you are normally at home during the day and the messenger comes at lunchtime when there is no one there. You have to end up going to the Post Office, making a trip, queuing up and wasting time,” says the Smartpak head. “We can buy anything in a couple of clicks, but technology has still not reached logistics,” he says.

Kerbalek: “Delivery has a major repercussion on the customer’s opinion following the purchase and their decision to repeat”

He proposes focusing on letting the customer choose when and where they want to receive their package. “The whole process needs to be visible to the customer, informing them, letting them see when the messenger will come and giving them the option to change the time and place of delivery if necessary. Deliveries need to be extended to seven days a week until midnight,” he says. It is a solution that Smartpak can integrate into the online retailers website or provide externally “passing on to us the contact with the client, who we contact by SMS so that they can choose the time and place of the delivery.”

Smartpak’s vision chimes with the opinion of Fernando Benito, founder and CEO of Paack, a specicalist delivery company. "The focus has to be on the consumer, who wants speed, flexibility, trackability and without having to pay," he says. According to Benito, "when the consumer buys online it causes them anxiety about whether they will be at home to receive the product. If you programme the delivery and allow them to follow it, you reduce this feeling," he says. He foresees a near future "of free, next-day deliveries that are above all programmed." It is a reality that the Esade professor Jaume Hugas says will have to mean "replacing letter boxes in houses with lockers to receive packages."

Large corporations like Amazon have also started thinking about what the future will be like. According to the US giant, "seeing drones delivering packages will be as common as seeing lorries on the roads." The first test of this type of aerial delivery has already taken place in the United Kingdom, specifically in Cambridge. These first deliveries have served to test whether the service can be rolled out to, for example, Barcelona, which will soon have a large logistics platform in Prat de Llobregat.

Amazon: "Seeing drones delivering packages will be as common as seeing lorries on the roads"

The managing director of operations at MRW, Óscar Álvarez, admits that "the last mile is the great challenge we are facing." It is a space in which "the messenger knows the neighbourhood and the locals, but has limited capacity. We are trying to reduce the dependence on their know-how," he says. One option for doing so is to also opt for drone delivery, through the Catalan company, Hemav, which is based in Castelldefels. The courier company insists that aerial deliveries offer flexibility and aid acessing more complicated destinations, especially in rural areas. "Technologically, the industry is already prepared to start using drones in distributing packages. Using drones for deliveries means reducing distances, boosting deliveries and providing added value to sectors, such as health and medicine," says the manager of Hemav, Carlos Ferraz, on the company’s blog.

However, for Xavier Ferràs drones have created “certain unrealistic expectations.” Despite the large amount of investment they have attracted and with the sector becoming increasingly more segmented, he insists that “security regulations that are increasingly strict due to terrorism prevent their deployment.” He does not believe that “we will see the sky populated by drones carrying packages.” 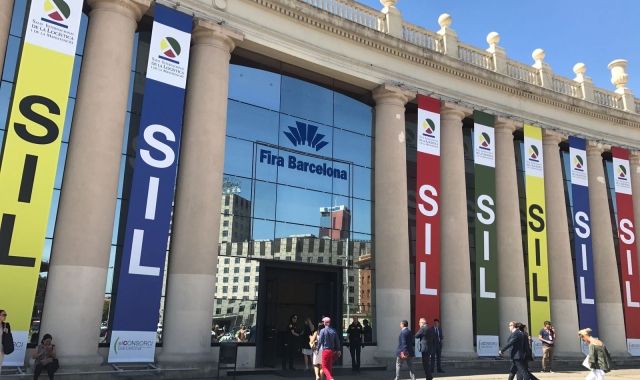 Ferràs is one of the speakers this week at the eDelivery fair, where he pointed out other disruptive trends that can help to solve the current problems of the last mile. “Big Data and business analysis allow for making increasingly more accurate predictions about when someone is going to buy something. You can just about anticipate the purchase so as to deal with it at the right time and place,” he says.

Ferràs: “Security regulations work against the deployment of drones"

At the same time the role played by distribution robots cannot be ruled out. “They could be like walking suitcases. In terms of regulations it is easier, for example, to use bicycle lanes in suburban areas,” he says. It could get to the point of seeing “autonomous fleets totally optimised in the style of Uber,” capable of making the most of each trip at all points along the way.

A solution not too far away could be autonomous vehicles. “There are billions of dollars of venture capital invested in developing self-driving vehicles,” Ferràs points out.

The exhibition part of eDelivery, with some 50 companies in a space of 2,000 square metres, runs alongside a conference with top speakers, such as the general manager of operations at Amazon in Spain and Italy, Fred Pattje. Also there, talking specifically about the last mile, will be the Ulabox head of operations, Ricardo Ribes, the cofounder of Deliberry, Gemma Sorigué, the executive president of BTS Home Delivery, Gerardo Sánchez, and the director of ecommerce at Dia, Diego Sebastián. Everything has been organised with the support of the Zona Franca Consortium of Barcelona and the Esade business school.

The director of this new fair, Blanca Sorigué, explains that it is a pioneering initiative that hopes to above all generate contacts between the different players in the sector. With this aim, #The Retailer Club has been set up, a joint space for small entrepreneurs and executives of large multinational companies.

Although eDelivery was set up as a sort of appendix to the SIL, the aim is for the fair to grow and over time stand on its own. Some 4,000 attendees are expected in this first edition of the fair.