Martí: "Barcelona’s technological ecosystem will only exist if companies work with startups"

Getting into Pier01, the palace of entrepreneurs in Barcelona, is not easy. The almost 100 organisations that have coexisted in the building for the past year have settled in and are at a point where they are growing. “In December 2015 we signed the contract and within six months Pier01 was already full,” recalls Miquel Martí, CEO of Barcelona Tech City, the organisation that runs Pier01 and that represents more than 500 companies in the city’s technological and digital sector.

"Right now there would have to be two more buildings like the Palau de Mar to clear the waiting list," Martí says. In fact, the organisation is already in talks over the location of Pier02 and Pier03. “We believe in the project and have the support of Barcelona Port with whom we share the Smart Port concept, we are also thinking about Pier03 and taking advantage of such an emblematic space as the World Trade Center. We want to revitalise the whole area beyond tourism,” Martí says during an interview with VIA Empresa.

Is Pier01 a good example of Barcelona’s entrepreneurial ecosystem?

Yes, there are more than 1,000 people working in it of which more than 50% are millennials, a third of them have an international profile and a third are women. There are accelerators like Numa, organisations like mVentures of the Mobile World Capital Barcelona, Antai, LetGo, Nuclio, Ikomobi, Byhours... Seat has created its fourth lab in the world specialising in issues of urban mobility here, we have the Innovation Hub of Gas Natural Fenosa, and recently the Payment Innovation Hub from Caixabank. And at the end of the year we will have a canteen.

What is the key to the success of a project like Pier01?

We have experienced exponential growth thanks to a proposal of value that brings together in one space different parts of the ecosystem: entrepreneurs, venture capital firms (investors), enablers (service companies), traditional companies with online channels that want to be more digital and finally international companies based in Barcelona like Airbnb. All these ingredients serve to attract investment, attract talent and make our startups better known abroad. At Barcelona Tech City we understand that our mission is listening to business models, understanding the needs of companies and connecting the dots. In other words, giving access to a partner, capital, knowledge, the end client... In 2016 we organised more than 1,000 meetings among all these parties. I have more than 10 meetings a week. We are among those who believe that the technological ecosystem here will only exist if corporate works together with startups. 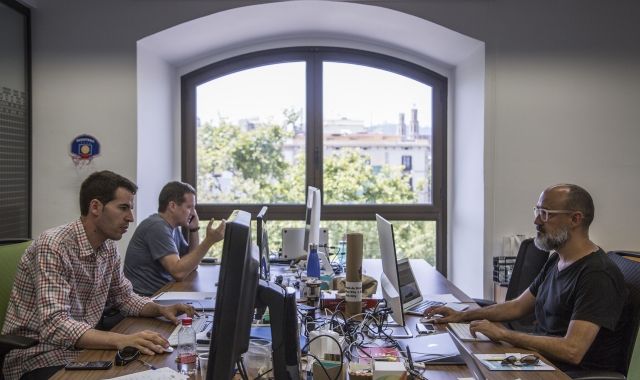 If we want the Pier to become an international hub, it has to be explained.

Yes, that’s why we go to events all over the world with organisations like Acció or Startup Catalonia to connect with the other local ecosystems, such as The Next Web or the TechCrunch Disrupt. They are very surprised to learn that we have a public-private partnership. The startups that take part in these meetings and trips are startups that grow more quickly than the rest.

There are 1,200 startups in the ecosystem in Barcelona, we represent 500 of them. Something we have seen is that the large world technology hubs have a hub like this one, Berlín has the Factory, Boston has the Cambridge Innovation Center... I believe that the worlds of research and education can be combined, with small and medium-sized companies working in this space in the port. With Pier01 we have shown that the digital world can work perfectly with the corporate world.

It is the first time that no one has mentioned the Silicon Valley model...

Because the Silicon Valley or Tel Aviv models are just about unreproducible, it would not be fair for us to compare ourselves with them, we do not have the same ingredients. We have our strengths, which are more based on the concept of European business and a Catalan entrepreneurial DNA. Before, we spoke about the small and medium-sized enterprise and now we talk about startups, but in the end it is the same philosophy, simply working in sectors that are quick and that have other assets to exploit. Ten years ago Berlin did not have any of this and look now where it is in the rankings.

According to the Global Startup Ecosystem Report 2017, Barcelona is not among the top 20 cities in terms of established startup ecosystems.

Yes, but I can cite you another study in which it is. Each study has its own mother and father; a study that does not take into account that Barcelona is the mobile capital for me is a study not worth its salt. I tell you that in the European sphere Barcelona is among the top five hubs.

What are the pending issues?

We have two. That we do not have a legal and fiscal framework suited to the world of startups and that we still need the whole area of universities, research centres... to be more involved in the creation of companies and the injection of talent. In other words, that our research potential does not remain in a 'scientific paper' but that it has a return and reaches society through the creation of companies and jobs. Here we have a great opportunity. 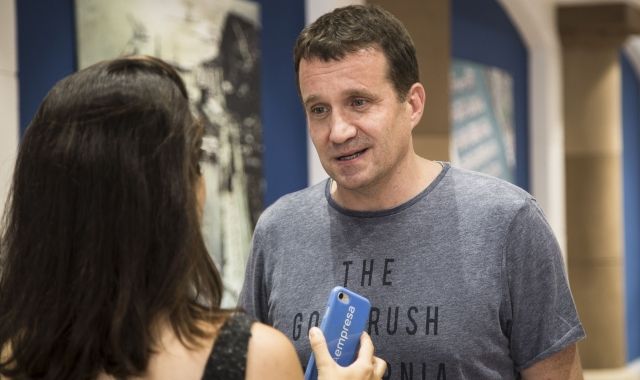 Given your career at Biocat and the UPC, how can we makes sure research generates economic value?

I come from the world of innovation and it has helped me realise that the role of the scientist-entrepreneur is a bit of a myth, it is a profile that is difficult to find. There are very few people from the world of research who have turned their projects into a company. The scientist-entrepreneur has an idea of his own business and the wish to turn it into something of value for society. The Scytl company is the result of this transference, it comes out of a doctorate. But that does happen every day because the system does not incentivise it. The scientist is recognised by the journals. In Boston, the people from MIT, apart from being well-known scientists also have to come up with agreements with private companies. We have to generate this point of dialogue between the entrepreneur and the scientist. In short, our country needs talent and this talent is linked to the universities and research centres.

Yes, and when an investor puts money into a biotech the risks are high, but opting for a combined model in which there is one part molecule and one part development of medical technology or digital health it is not so risky. There are increasingly more people opting for this frontier in which technology has a definitive role and where the time to market of development is quicker. In fact, the perfect tandem of Catalonia’s Life Science ecosystem to build a business proposal is a triad: technologist, someone from the life sciences and someone from business. We are a country with a lot of potential in the life sciences ecosystem.