The executive director of the OFFF festival, Pep Salazar | Àngel Bravo
VIA Empresa in English

Salazar: "Those of us managing culture need to accelerate, we can’t just be mere managers"

The executive director of the OFFF festival, Pep Salazar, argues for creative leadership and points out that the image and digital culture can change the world

OFFF is a generous festival: it has no VIP areas, it is an open space in the city, and it shares never-before-seen projects with its 5,000 visitors. "It was here that we saw the first horizontal scrolling web pages, or the first 3D videos for advertising, and this year we will see the Dropbox project that has still not been presented," says Pep Salazar, executive director of OFFF, the international festival of culture, art and digital design held this week in Barcelona, in the city’s newest cultural venue: the Museum of Design.

Salazar has been involved in setting up cultural projects for 20 years. Trained in the dramatic arts and cultural management, he quickly saw that he preferred to work behind the scenes. The festival director is one of those who believes that creativity brings innovation with it. "You cannot be creative if you are not an innovator," he says, while citing the words of Jorge Wagensberg: "An idea must be had, it has to be spread and has to be carried out, and normally these three stages are not done by the same person."

Barcelona is synonymous with design. Is that why OFFF is held here?

OFFF began in Barcelona but in 2007 it went to New York, Paris and Lisbon. Then we came back to Barcelona and decided to grow with the city. That created a very faithful international community and we opened another business model: OFFF on Tour, in which we replicate the festival in different cities, and it already has 40 editions.

What does the 18th edition have that the first didn’t?

I’ll tell you what is the same: its purity, in the sense that OFFF is a brand focused on the creative industry. It is a festival we wanted to grow slowly. In short, OFFF is a shop window for digital creativity, a shop window to inspire you. It is a niche festival but you don’t have to be a designer to understand it; at OFFF we explain leadership through a creative process that any executive, consultant or businessperson can apply.

Leadership through a creative process without SWOT analyses and Powerpoint presentations?

We have been living for many years now with SWOT analyses and Powerpoint presentations. Do we want to manage or accelerate? A leader can manage and stick to the path but they can go faster and run in the margins. To explore is to take risks and taking risks generates prestige. At OFFF we have taken risks for 18 years, we don’t do a festival of talks, no do we talk about figures or the impact of the design industry. 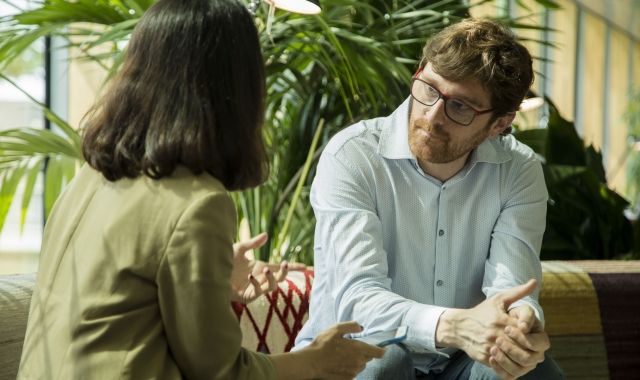 Is that why it’s defined as an accelerator of cultural projects rather than a manager?

Management has some specific dynamics. Accelerating means creating, proposing, provoking, casting doubt, keeping to the margins rather than the centre... Those of us who manage culture have to go faster, we have to cast doubt on the standard and lead the change, we cannot merely be cultural managers. We manage and square the accounts, but apart from that we like to provoke. That is why I define myself as a ‘cultural accelerator'. There are some intersections of culture with technology and new ways of understanding the world that must be dealt with.

"We are not a sector, we are not evaluated, culture is not free and nor should it be"

Is design a discipline for changing the world?

Oh yes; digital, creative, audiovisual, graphic design and mobile apps, make the world one way or another. In this sense, OFFF explains the future of the image, the image in movement, the static image, of design, calligraphy, illustration, special effects...

For the first time, visitors to OFFF will be able to get in with an electronic tattoo.

It is a joint project with the Elisava design school: the first electronic tattoo, smart skin. In other words, a tattoo with connectivity. We can use it to monitor coming and going, make paying easier and better manage data. It is an example of the direction the world is going in and in which we will have to live.

The most successful festivals are those with a community. How do you go about building a community?

With a narrative and honesty. An event without a narrative does not exist. There are different narratives, there are those that choose social innovation, others about more industrial dynamics.... The cultural sector is very diverse and very difficult to define: we can talk about festivals, heritage or literature. There has been a lot of growth in festivals in Barcelona since 2007-2008. But there are not so many festivals that have survived and made a mark, there are only a few that manage to generate a community that supports them. And doing a first edition is very difficult, because you have no history, no one trusts you and you have no resources. It is after the third edition when you can take stock with indicators that show your impact and the project’s viability. 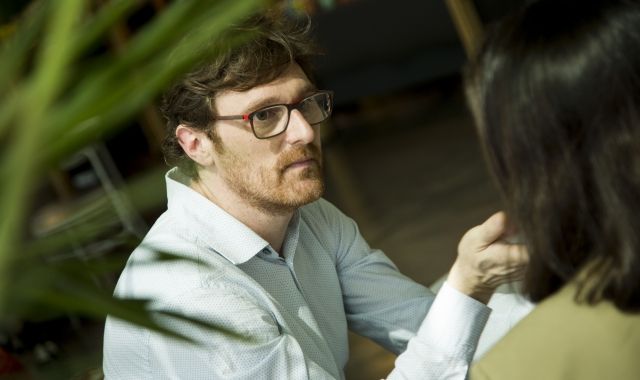 Have we got to convince people not to expect culture to be free?

We are not a sector, we are not evaluated. Culture has a value that is intrinsic, industrial, creative and social... and we want it to be free. No my friend, culture is not free and nor should it be. Everything we have access to is thanks to private initiative and the passion those of us behind these cultural initiatives put in. We lack structure, communication, spaces... The public authorities need to listen to the real needs of the sector and generate value, and the sector is not only made up of the large players, there are a lot of people who go under the radar.