The company headed by Ignasi Vilajosana, a pioneer in smart cities, is to devote the funds to completing its change of direction into a player in operational intelligence

The Barcelona company Worldsensing has just closed a funding round worth 8.3 million euros to boost its move into the smart city market. The investors contributing the funds are McRock Capital, ETF Partners and Cisco Investments, the latter of which has strengthened its position in Worldsensing. Ignasi Vilajosana, the company’s CEO and cofounder, points out to VIA Empresa that with this agreement “we are looking to double the turnover every year for three years.” In 2016, the results were almost five million, and this year they expect to sales worth between 7.5 and 9 million euros.

The talks to close the round have taken nine months and reached a figure higher than what the company initially expected. “We were looking for seven million euros,” admits Vilajosana. Given Worldsensing’s progress, he points out, “to maintain annual growth of 50% or 60% there was no need for an investment round. We considered whether to continue like that as a sustainable company or to give things an extra boost.”

“We were looking to double turnover every year for three years”

This new boost means “preparing the organisation to go from a company that began in wireless sensor networks, then went on to provide solutions and is now devoted to operational intelligence.” Since the beginning, the spirit of Worldsensing has been to “get value from information and help third parties with decision making.” It is an idea that has evolved with the market to the point that now “it not only provides the solution, but also adds information of multiple solutions and gives you value,” says Vilajosana, who last year received the Young Entrepreneur’s Prize from Aijec.

The next step now facing the company will mean a transformation of the organisation. “Since the start of the year we have gone from 50 people to the 73 of us there are today and with the idea of having 80 or 90 by the end of the year,” says a Vilajosana who also announced the opening of bases in the United States and perhaps an Asian country. “We are transforming the business model. We no longer just sell our traditional products, but also software and the solutions that go with it,” he adds.

After seeking international capital, Worldsensing has finally been able “to bring things into alignment” with the investment from McRock, ETF and Cisco. “All we needed was three million from ETF, but they told us that they would put in at least 4.5,” points out the Worldsensing head on the reason why the final figure went up to 8.3 million euros. 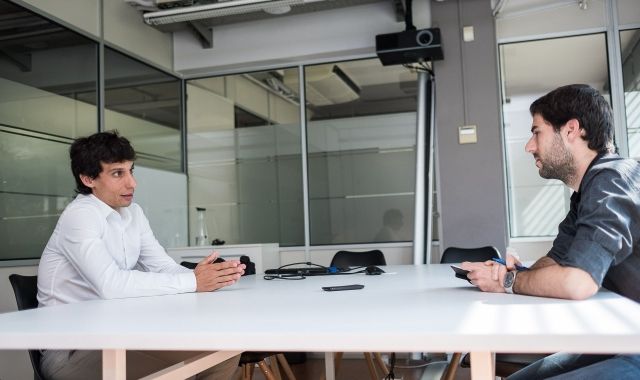 The smallest round possible

With this investment, Worldsensing has now raised some 15 million euros since its founding in 2008. Nevertheless, “the turnover has been larger than what we have attracted,” says the CEO. Vilajosana admits that “we could have raised 20 or 30 million euros and inflated the valuation,” but the objective was for “the smallest investment round possible to achieve the objective we set.”

“We could have raised 20 or 30 million euros and inflated the valuation, but the objective was for the smallest investment round possible to achieve the objective”

Even though this is one of the largest investment rounds in industrial IoT carried out in the south of Europe, Vilajosana insists on the need to keep it as tight as possible. “We are trying to be realistic about the evolution of the market. We raised the minimum amount necessary for the company to take the next step.” He reflects on it in these terms: “investment rounds are to do what you couldn’t do without them, but always when there is a return.” In the end, he says, “the entrepreneur’s first euro is behind all the capital injected to get to the point of being able to sell or trade on a public market.”

This thinking, he insists, is what has allowed for a “not insignificant” dilution among the partners. “The strategy in the funding of the company has allowed us to reach each stage by diluting ourselves as tightly as possible,” points out Vilajosana. “We founders do not have the majority of assets but we do make up the majority of shareholders,” he adds.

At the same time, the entrepreneur welcomes the fact that the new players “make up an interesting board.” Apart from Vilajosana in his post, the Worldsensing board will also be made up of representatives from McRock, ETF, Kibo (Telefónica) and Entrecanales. “The nature of the funds coming in is closely linked to leading corporations in digital transformation,” he says. “The funds that represent companies like Cisco, Caterpillar or Edf have noticed us. Obviously they expect a return, but for them it is also a tactical move,” he concludes.

“Worldsensing’s turnover has been larger than what we have attracted”