Gala Freixa: "In Silicon Valley there are a lot of startups that contribute nothing to society"

Gala Freixa is only 23 and has already set up her own company, Sheedo. She has now been recognised by Forbes magazine as a young entrepreneur with the potential to become an example of her generation. With a commitment to sustainability and with very clear values, Freixa heads a startup that in four years has managed “to change the mentality of 800 companies that now carry out more sustainable marketing and provides the opportunity to more than 500,000 people to plant their first seed.” They are achievements that further motivate this young entrepreneur from Sabadell to continue fighting for her project and commit herself further to the circular economy.

A young entrepreneur on the Forbes under 30s list is quite an achievement.

It's very gratifying because we've spent many years working at Sheedo on the concept of seeds in paper, and that we have suddenly started to get recognition for all the effort we have put in is very significant. And obviously the Forbes prize is an honour and is very exciting because it means that at last people know about what we are doing.

What led you to start you own company?

When I was still at school I already knew I wanted to do something different, I didn't want to follow the same path as everyone else, of studying for a university degree and then starting work in a company. I wasn't convinced about setting up a company but I wanted to give it a go, I was curious. So I decided to sign up for the LEINN (Leadership, Entrepreneurship and Innovation) degree by Teamlabs and the Mondragón university, which instead of doing conventional business studies encourages you to set up a company. What I would never have imagined when I was 18 is that I would devote myself to paper and seeds. I think it's very important, especially at that early age, to be open to everything.

It was a trip to Silicon Valley that led to Sheedo's creation.

Yes. As part of the degree I was studying, they organise a series of trips every year, and one of them was to Silicon Valley, with the aim of finding inspiration and seeing examples of the entrepreneurship there. We loved the mentality of learning by doing that they have and how advanced they are in the processes of business, but what we did not like so much is that there are a lot of startups that contribute no real value to society, their only aim is to raise money and then they are sold. I was sure I didn't want to make an app that made no sense and didn't contribute anything. At the time, my colleague Gonzalo Mestre and I were starting to create a brand of sandals made with local craft products and we came across the idea of paper with seeds. It was a material that was in the form of cotton with seeds, to be planted, it wasn't paper that could be printed out, nor a communication tool like it is now.

In a few words, what is Sheedo?

Sheedo is an agency of ecological marketing products. Our star product is paper with seeds, which is made from cotton recycled from the textile industry and produced by hand, without chemicals or toxins. What makes it different is that you can plant it, as it has seeds in it. But we also have lots of other ecological products aimed at those companies that want to communicate their values about the environment, both internally and to their clients. We are the alternative to conventional paper and also any type of corporate gift a company might want to make.

It is a company that has very clear environmental values.

We wanted to create a product that would last, that shows values to society and that, in our specific case, would bring nature closer to people. Through Sheedo we try to transmit a little humanity by being a craft product. One of our next challenges is to optimise the production process and instead of buying the cotton fibres as we do now, we would like to recycle them directly from clothes. That way we would close the circle 100%.

Is is difficult to set up a startup in the ecology sector?

I wouldn't say it was difficult but you do have to be sure about what you want and be able to transmit that so people see the value of your project, especially with many social startups, as it's harder for people to believe you. Although today there is increasingly more awareness about the environment, I think that all companies should work for sustainable and ecological values. There is no excuse for not moving in this direction.

In general, have you come across any impediment to starting a business in Spain?

It's not easy. At the start you have to pay out lots of money when you still haven't made a single euro, something that is a big impediment when it comes to growing or taking on more employees. It is complicated because at the same time there are few people willing to invest. We have grown very slowly because we were afraid of having to put large amounts of money in and so we have invested a lot of hours working for free. I understand that in other countries you don't pay until you have earned something, but it's not like that here. This is the great disadvantage we entrepreneurs have here in Spain.

Does age play an important role? All of your founders are between 20 and 30.

On the one hand, yes, because it's harder to find an investor who has confidence in an 18-year-old with no work experience, but on the other hand, it has also helped us when it comes to entering competitions. And the fact we are so young and enthusiastic has also helped us to win. We've taken part in a number of competitions, like the Font Vella one, in which we won 10,000 euros, or the Pascual one. When someone tells me they have an idea I always tell them to enter some type of contest because it is the best way of getting the project known and it gives it a boost.

You have come to agreements with large companies like Coca-Cola, Danone, Google Play, HP, BP, Barcelona city council and Telefónica. What do you think of the corporate-startup relationship?

We have been very lucky because it was the big companies who came looking for us. The cooperation between startups and corporations seems increasingly easy to me, because we have been in meetings with top executives and it's just like any other meeting with a small company. They are genuinely accessible and the fact that they invest in our project is something we value a lot. We are where we are thanks to those large firms and they bought our product when we were very small. 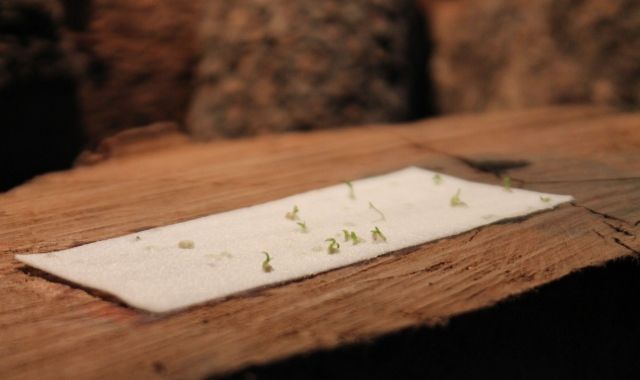 Let's go back to the issue of sustainability. Is there now an awareness of caring for the environment and the circular economy?

I think so, but companies will change if above all the consumer changes. Everyone at home has to begin to change their habits. What we are trying to do with Sheedo is provide an easy alternative that is ecological and also attractive. And that's what it is about, making sure there are sustainable alternatives and that it be increasingly easier for the consumer to consume in a responsible way. That is why the change begins with each individual.

It is generally said that Spain and Catalonia is behind the rest of Europe in terms of sustainability.

We are behind the rest of Europe because it has been harder for us. Perhaps here in Spain there is less purchasing power or fewer resources to devote to something new that is untried and untested. Yet, if we companies make more ecological products more accessible so they becomes normal, then I think people will gradually appreciate them more and consume them more.

The UN's Sustainable Development Goals aim to tackle climate change and protect the environment by 2030. How do you imagine the planet in the future?

Around those exact goals this Christmas at Sheedo we ran a campaign in which we picked out 17 companies that we think are working for the environment. We gave them a sheedo star and they planted their sustainable wishes for 2019. We did it because we have to give a voice to the companies that are doing a good job. I hope that the planet of tomorrow is a place in which everyone is more aware and in which business and politics impose stricter measures to avoid pollution.