Koopman: "The European Commission should have contingency plans for the worst case scenarios"

Gert Jan Koopman (Netherlands, 1966) has been the director general of the European Commission’s Budget Department since August. Cum Laude in Economics and Classics (Latin and Greek) from the University of Amsterdam, he has worked in Europe's institutions for more than 25 years. Among his fields of expertise are: competition, strategy, economic services, structural reform and industrial policy. He meets VIA Empresa in one of the executive offices of the Cercle d'Economia, just before meeting the president of CaixaBank, Jordi Gual, and taking part in the conference, The new European budget: priorities and opportunities in which he insists that "Catalonia is the European region that attracts the most resources for SMEs." We talk about European budgets, Brexit, risk scenarios, the relationship between Catalonia and Spain, and the technological challenges of the future.

What is your take after half a year in charge of European budgets?

It is an amazing post although challenging. We are negotiating the reference framework for the budgets that will boost the European Union's funding between 2021 and 2027. It feels like I am diving at the bottom of a swimming pool and have to swim very quickly. It is a stimulating environment and a very important debate and I am very happy to be able to contribute to it.

You have been working at the European Commission for more than 25 years. What's the most important lesson you've learned?

Above all I've learned that European values are important. I began at the European Commission in 1991, when there was no euro, the single market was very small, there were still very few member states, and the external borders were not areas of European intervention. I don't want to seem arrogant, but Europe would be worse off without the process of integration. At the same time, I've learned that Europe has limitations and there are areas in which its contribution is not significant. Efforts have to focus on some specific areas.

"Europe would be worse off without the process of integration"

Climate change, the economic policy of the single market, the eurozone... We've learned that migration policy also has to be managed from Europe. Society and the economy are changing globally and Europe can help states to cope with all of these problems from their own jurisdiction.

What will change with the new Commission budget?

The most important change is its modernisation as has never been done before, focusing on future challenges, such as technological development, innovation and digitalisation. But also immigration inside and outside Europe, as well as defence, without forgetting agricultural and cohesion policy. 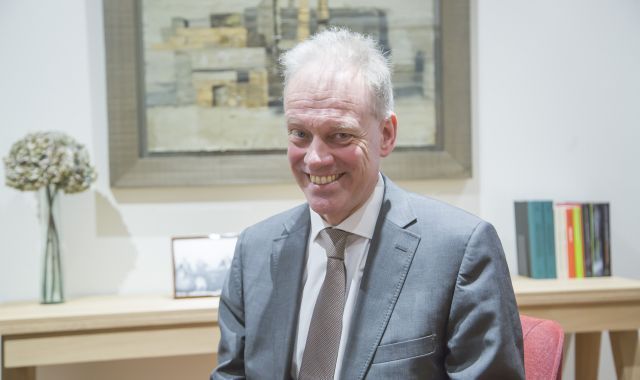 Independently of the European elections and in a period of seven years.

What has been the impact of Brexit?

The Commission has drawn up a list of proposals for a European Union of 27 members. The United Kingdom is a net contributor, it contributes more than it receives, and this means there will be a gap in the finances. We have introduced savings and efficiencies to cover half of this gap and for the other half we have demanded higher contributions.

"Brexit will lead to economic damage to development"

Is there a win-win scenario between the United Kingdom and the new Europe of 27 states?

Brexit will lead to economic damage to development. The only thing we can do is limit the damage as much as possible. We prefer a negotiated Brexit, which is close to the cliff edge and could happen any day. The Commission has to prepare for any eventuality because it needs contingency plans for the worst case scenario, even should the United Kingdom leave at the end of March without any deal. We trust that everything can be managed, although the damage to the United Kingdom will be greater than that to the European Union. We regret that and hope that the British government keeps it in mind.

What are the other risk scenarios?

The economic slowdown will put a lot of pressure on. I'm convinced that in this scenario it makes a lot sense to agree this long-term budget because it will bring stability and direction for the next seven years. The economic actors do not like uncertainty and we have to be very clear about what we are leading. That is even more important at a time of economic challenges than in a boom. In all these scenarios we have to reach agreement. 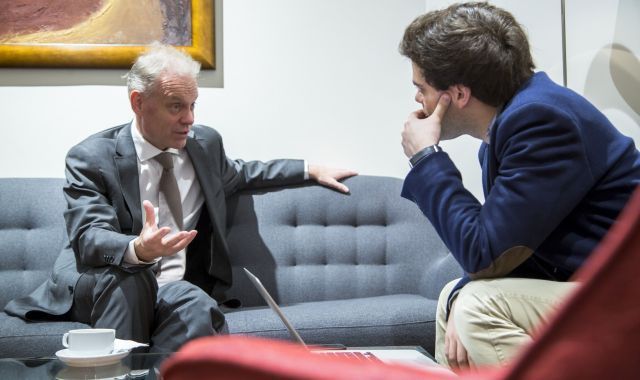 Brussels has also warned Spain about the risk of not fulfilling its deficit goal or about having government debt around 100% of its GDP.

National budgets are out of my hands. But, the package of stability measures for members states is made with their policies and interests in mind, and naturally from an economic perspective that favours growth and the European Union's budget. This is a decision that the member state also has to take.

Is the relationship between Catalonia and Spain also a risk for the European Commission?

Not in terms of the European budget. This is an issue for the Spanish government.

What are the future challenges facing the European Union? Are we ready for them?

We are working hard to make this budget a tool capable of facing a flexible and changing environment. The EU budget for managing external borders, migration and asylum will be strengthened, reaching more than 35 billion euros, compared with the 13 billion for the 2014-2020 period. We are also devoting 25% of the budget to climate change. Economic growth, research and innovation and the digital economy are at the heart of everything. The economy is becoming digital. It is in our phones, computers, offices and in the way we work. Regulation has to adapt with measures to protect data, privacy, with legislation and competition policy. It's all about adapting to a changing reality.