Lluïsa Marsal: "Blockchain is a distributed Internet without giants monopolising it"

Understanding blockchain is not easy, but we could see it as "Internet 3". That is according to the professor from the UPF’s Department of Information Technology and Communication, and expert in the subject, Lluïsa Marsal, who explains what she means with a simple comparison: "The Internet 1 arrived in the 1990s. We had only static pages that you could not interact with and could only read. In 2000, it evolved and we had the dotcom crisis. That brought us to Internet 2, which is what we have today. You can interact and do online banking or egovernment. Well, blockchain is the third stage: a totally distributed Internet and without giants like Google monopolising it." It is a new paradigm that generates as many defenders as detractors and that these days is the focus of the Eurecat Mobile Forum.

One of the virtues that all the specialists point to is the capacity of users to do maintenance themselves. "There is no organisation providing services, rather it is done between all the network nodes, everyone participates as equals without an authority or intermediaries," she insists.

Marsal is also the president of the recently presented Blockchain Catalunya, the association that aims "to bring the technology closer to Catalan society." It wants to do so ethically and in accordance with the nature of blockchain, which means paying quotas with cryptocoins, rejecting donations from companies that might bring its "impartiality" into doubt and providing all members with the same rights.

Is it the blockchain philosophy that empowers the user?

Correct, because you do transactions directly with your counterpart. This direct transaction between users is done with a consensus algorithm that encapsulates the transactions we do with economic data, to give an example. It encapsulates them with a hashtag, which is the encryption so that the data it contains are not public, which is added in blocks; and when the block is full, it goes up the chain. It would be very inefficient to go up transaction by transaction. The miners, which are the nodes -computers that do maintenance of the network- capture the blocks. The quickest will have more incentives to seal the blocks. Bitcoin is now near to block 176,000.

“Bitcoin is the first case to use this technology”

Is Bitcoin the most developed system with this technology?

No, it is the original one. It appeared in 2008 and is a protocol created and sealed by blocks, and therefore, is formed by blocks. In the white paper, the author of Bitcoin did not talk about blockchain technology as such, but he did talk about blocks that go up in a chain. The first person who received a bitcoin transaction, who took part in creating the technology, named it blockchain. So bitcoin is understood to be the first case to use this technology.

There is some fear of Bitcoin and it is often seen negatively. Has that affected the blockchain concept?

Bailouts of Bitcoin are sometimes demanded, I think that this is the only negative image there can be. Bitcoin has never been attacked , it is totally safe. There has been no problem of stealing funds, there have been no hackers attacking it... it has proved to be safer than any banking system today. But as it is anti-system, it goes against banking as we know it, corporations and investment organisations defend themselves and criticise the technology and they pervert it by creating blockchain permissioned, which are nothing more than an intranet within the blockchain to which only a small group has access and going nowhere else, generating something like a cartel. These consortiums are dying off by themselves. They are consortiums of banks, notaries, registrars and digital companies that are dissolving because they are not achieving anything with these enclosed networks. 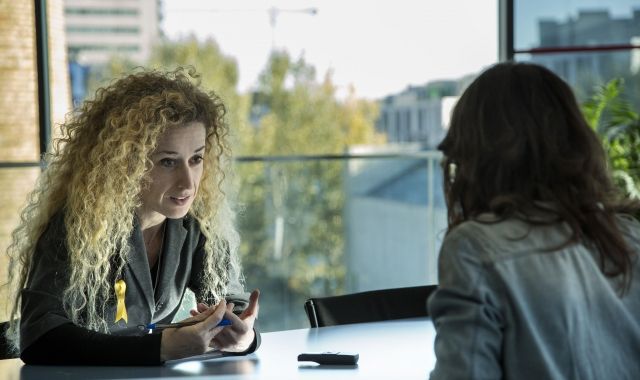 Professionals who could have helped have done the opposite.

I think that the private sector has not been intelligent because instead of perverting the technology and explaining it badly, they should have helped to promote it. They don’t say that what they are doing is blockchain and that creates confusion and then they criticise blockchain mechanisms that work well like bitcoin. They should have welcomed the new technology, instead of rejecting it. They should have looked at what could have been its market niche and the paradigm’s business opportunity.

Although you say there will be no Google, Amazon or Facebook with control over the new paradigm, wouldn’t it have helped to promote it?

It is not possible because blockchain is meant for distributed networks and there is no central control. Whoever might want to invent such a thing will fail.

But what about a big player offering services?

This is where there is a business opportunity. Everyone has to decide what they do best so as to create new services based on blockchain in their area of expertise. We always come back to the same idea: blockchain empowers the citizen because you do not need a bank, a notary, an investment body offering credit... There is no need because you can do it yourself. Obviously, if you are prepared for it, here is where the challenge is: making it accessible to everyone. When we achieve it, we will have a new public that the authorities could begin to see a little as anti-system. We will have no other choice than embrace the technology and take it on board. If governments do that, the private sector will be dragged along because it will have no choice but to provide services to the public authorities. From the base, as citizens, provoking activity so that governments change.

“The British government is using blockchain to register property”

Have the authorities begun to take this step?

Yes, especially the United Nations, which has chosen Ethereum. A great many humanitarian aid projects, fund raising or traceability of donations is done with blockchain and Ethereum. The British government is also using it to register property. Estonia, Slovenia, Arab countries, are also taking action. They are normally governments with an innovative tradition. The slightly more conservative governments, as the majority are in Europe under the weight of European institutions that put the brakes on these intentions, are not making so much progress. Estonia wanted to launch a national cryptocoin and Mario Draghi, the president of the European Central Bank, said they couldn’t, that Europe has the euro. It is a shame, because it would have been better to experiment with a national coin. The blockchain revolution will be led by governments, especially cities, and by association the industrial sector will go along with it because it will also have to provide services to the authorities.

As a leading city, what has Barcelona done about it?

They will make a decision on it when they can. I do not know about anything in Barcelona that is based on Bitcoin, Ethereum or one of the 600 blockchains that exist. It will come, for sure, because it will be governments that lead the change. 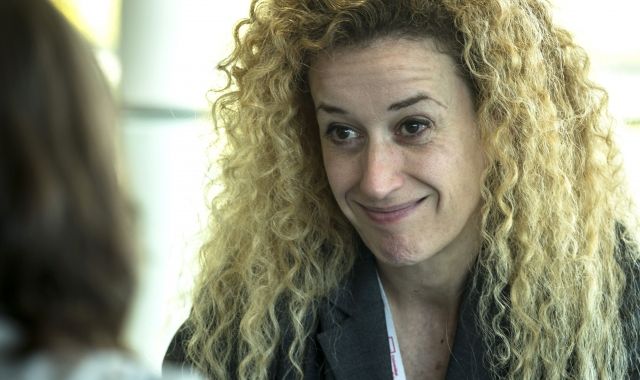 Which sectors will more easily take on the technology?

It is across the board, as with the Internet, which is already everywhere. It is even useful for agriculture, the management of natural resources and traceability. Not for the provision of services in itself, but rather as the management of the sectors and services can be useful.

The giant Alibaba has already said it wants to apply blockchain to reduce fraud in the food sector and in the management of health data in China.

It is an example of diversity, but it remains to be seen whether it does it with the adequate blockchain. You cannot play with public data, which is what has happened so far, which is why I am so critical of the consortium networks.

Also relevant here is the user’s knowledge of their data.

Clearly. We all have a bank account, so we have to know that the banks are doing experiments with private blockchains. And what data do they use? Everyone’s data, because we are clients and they have them. They do not tell us, but banking activity is what they manage through blockchain. It is ethically dubious. All of this would not be an issue if everything was done with transparency in a public blockchain, without any private networks.

Some studies say that by 2020 almost 60% of companies in the world will include the technology in their production chain. Is this a realistic forecast?

I don’t know what to tell you, because there is no strong sector, lobbies or typical industrial dynamics, this is new. When Internet appeared, no one knew what the response would be. We even went through the dotcom crisis, where 50% of companies that based their business on the Internet disappeared. We have still not seen a crisis like that, we are still some way from that. And if again we take the parallel of the Internet, the TCP/IP protocol was launched in 1992. The dotcom crisis was in 2000, 8 years later. Then in 2008 the Internet was said to be completely consolidated for business. If you notice, it is a 16-year cycle. If we go back to the origin of blockchain, we go back to 2008; I think we are halfway there, that the crisis has to come to put things in their place. And I think that it is coming because we are beginning to see a revolution with the ICOs - initial coin offering, a crowdfunding system based on the use of cryptocoins that some startups have already used to raise large amounts of capital - and other figures that are appearing that will shake things up a little. Perhaps it will not be a crisis, but rather a shake-up to put things in their place. I think we will be able to talk about blockchain on a user level within 8 years if we draw the parallel, because it seems like these cycles are repeated every 16 years.

“New technology, the technology of the masses, will create market niches of what their users know”

Will we also see companies and professional profiles disappear?

No doubt they will have to be reinvented. Often criticisms of blockchain say it will bring about a crisis of intermediary positions. That does not mean they will disappear, I think they will do something else. Banks will no longer open up accounts for us, perhaps it will be a mechanism for paying our taxes, to give an example. They will offer a service to the authorities and, perhaps, they will have some portals or financial interfaces that will have to be set up to pay taxes to the authorities. We will have to reimagine everything in line with the new paradigm. We cannot think about getting into new technology and remain in the same profession. New technology, the technology of the masses, will create market niches for what the users know about and services will be created depending on what is needed.