Isaac Hernández: "In 10 years, the entire personal world will be in the cloud"

Isaac Hernández is the head of Google Cloud in Spain and Portugal. Invited to Cornellà Creació, he travelled from Madrid to Barcelona to talk about talent management and digital transformation, as well as explaining life in a major tech company. After working at Microsoft for 20 years, which allowed him "to understand software well", and another five at Vodafone, which gave him the chance "to see the explosion of mobile and to understand communications", Hernández has now spent six years at the head of the cloud at the technological giant. He admits that "throughout my career I've become increasingly aware that it is people who are the important thing." Yet, despite working at the best company in the world, according to Forbes, he insists that today nothing can be taken for granted, and that is why Google "does not look to the future from a position of comfort, but rather with some restlessness and a certain excitement about what the future will offer."

Google has signed an agreement with Ascension to gather and analyse personal health data from its patients. What does that mean for the company?

Perhaps it has been misinterpreted, but it is an agreement in line with many things that are being done with Artificial Intelligence (AI).

In AI, what you need are data to train the machines and in the area of health there are lots of opportunities to help us do things differently and better, because machines have no prejudices and they are capable of seeing things that perhaps humans miss.

They are more objective.

What we want to apply along with Ascension are AI algorithms to, having elements of these people, be able to better predict illnesses or better understand the root causes of certain types of problems.

Could we see in the future it providing remedies for illnesses that we can't cure today?

For sure. A few years ago, a Google AI motor that had been trained with data was able to detect an illness called diabetic retinopathy. You have a photo of the retina and the machine is capable of identifying if the illness is there or not. We enhanced it with more data from the retina and we realised that by examining it we were able to identify the person's gender, their age and, the most important thing, their propensity to develop certain types of cardiovascular illnesses. That would never have happened with traditional medical treatment models, because in general an eye expert would look at the retina, not a heart specialist. 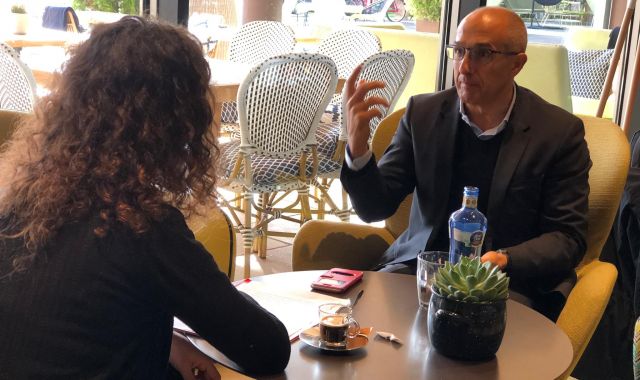 VIA Empresa interviews the country manager of Google Cloud Iberia

How can that be explained to people so that they do not think it is something out of Black Mirror?

Google is a company with the highest ethical standards. The information it uses is only the information included in the contracts and agreements with companies and always with utmost respect for the law.

And the final objective is people?

For Google and for everyone, what must be achieved is an interesting balance between the services and products that companies are capable of offering. The more information we have, the better the service we can provide, but always making it very clear how the information is to be used and giving you the opportunity to say at any time: "I don't want to share this information with you any longer."

Speaking of people, how can the human factor be managed through technology?

Our image as a company is technological and innovative and the most relevant thing for me is that behind all of that there be total focus on the person and on talent. In the way you go about recruitment, you develop it and provide transparency and trust. Technology is the result of having the right people.

"Technology is the result of having the right people"

Strength through making a team is the future?

If you create a culture with which you attract the best talent, this environment will produce better ideas and better innovations. That is why collective intelligence must be fostered in companies. And it is this diverse environment that generally produces the most interesting innovations.

How does Google go about finding this sought-after talent?

We are lucky enough to be a company that, once again, has been recognised by Forbes as the best company in the world to work in. You generate an environment that can attract interesting talent and then talent attracts talent. There continues to be a very interesting war for talent and Barcelona is a magnificent example, where you have a vibrant ecosystem of native digital and innovative companies, but where talent is scarce.

Just about everyone wants to work at Google.

Yes, but also in other major companies and you must continue raising the bar so that people want to work for you and that does not just necessarily mean offering high wages and good offices, it also means allowing people to develop their dreams within the company.

Isaac Hernández during his talk at Cornellà Creació | Ceded

And providing the freedom and margin to create.

Exactly. Also being attentive to what people are asking for. We also make decisions on important issues, for example, Google has been carbon neutral since 2007 and we are the largest purchaser of green energy in the world.

Going back to the subject of talent, how are women represented in the company?

In certain areas, we have no problems at all in terms of gender diversity, but it's true that in the technological areas there continues to be a small gap, not only with women, but also some ethnicities, and we have a lot of programmes addressed at solving the situation. It is a worldwide problem and diversity is fundamental. We want Google to reflect the population and that means we have to work towards becoming 50% to 50%.

What is the role of people in digital transformation?

It's everything. Digital transformation, which has only just begun and will make the next few years very interesting, requires all companies to innovate. And innovating means having the right technology, but above all having people ready for it and at the centre of it. 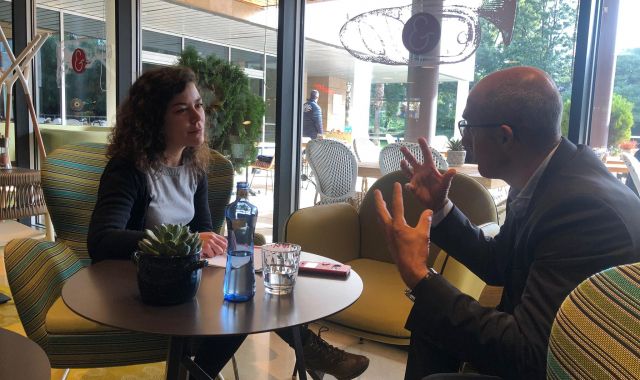 Is that how you build loyalty?

If you take someone on who brings ideas and is keen to contribute, then the worst thing you can do is to micromanage them and to dictate to them about what they have to do. The ability to feel that the company is our own project is fundamental.

Many users say that Google is God, but in the labour sphere perhaps we should learn from your model.

Our objective in this respect is to inspire, even if we end up spending all the time improving things. In the same way as in the world of technology, you make an open source to share with the community, such as Android, we do the same thing with people. We have a lot of mechanisms for sharing how we do things and we benefit from learning from other companies. It is not a company in which you get bored; you continually face challenges. Any Google employee is granted the chance to spend 20% of their time on whatever project they want. That makes you feel that any idea or passion you have can become reality.

Does that mean the staff can move around within the company?

It allows you to work in the department next door and that helps us to have movement across different teams. And that allows you to develop. You realise that technology is made by people and that if you want the best, you have to have the best people.

"With Gmail, the whole of Europe could break up and you would never lose your email"

Can we trust keeping everything in the cloud?

This was the concern a few years ago, but the reality is that if you want to know that your information is safe, always available and will never be lost, the best thing you can do is keep it in the cloud. It's not because Google is cleverer than others, but because we simply invest a lot more money in making the information secure and available. Gmail always works because it copies the information in seven different places. The whole of Europe could break up and you would never lose your email.

The cloud also provides the opportunity of working in a network.

Cooperating and collaborating. The fact that you have a document in the network allows for real time cooperation and the chance for enrichment. It is a type of conversation that takes place around the document. 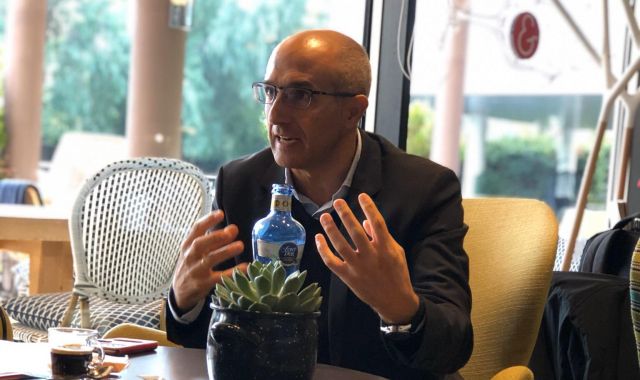 And even more so now that telecommuting is increasingly the order of the day.

Telecommuting, being able to work from any device... that is enriching. In 10 years, the entire personal world will be in the cloud. But perhaps it is companies that are a little behind. Many of the innovations take place at home among consumers, and from there it passes to companies. Firms go slower than we users do.

How does one live and work alongside technology?

We are faced with a general challenge in Spain and Europe to better understand the capacity of technology because the users of companies are digital and when they interact with you they compare you to Amazon and Google in terms of their digital experiences and the bar never stops rising. We need to continue to opt for technology to ensure that the experience of our clients is rounded.

How do you see Google in 10 years' time?

No doubt we will have changed. Even though we are a successful company with over 100,000 employees and are one of the biggest companies on the stock market, there could well be a student who is working on some type of algorithm that will make our technology obsolete at some point. We need to keep investing, innovating and being a little paranoid because no one's position is guaranteed. At Google we want to be protagonists or actors more than spectators of this digital transformation.

Més informació
Ismail: "If Barcelona had a drone policy, everyone would come here"
Lladó: "Every day is a work of art for creating new relationships"
Marin: "I met the challenge of being a woman and an immigrant to become Treasurer of the USA"
Avui et destaquem
El més llegit
Segueix-nos