Ismail: "If Barcelona had a drone policy, everyone would come here"

Salim Ismail is a Canadian businessman and angel investor born in India, but who moved to Toronto when he was just 10. He is a supreme example of disruption in the business world. After setting up different companies, he decided to sell three of them to Google to establish the Singularity University, "a new institution that is a fabulous, magic and unique opportunity," of which he is executive director and co-founder. Located in Silicon Valley, "it's considered one of the top models of education in the world" because, unlike the rest, it focuses on the speed at which technology and knowledge move forward and works on that. What's more, he wrote the bestseller Exponential Organizations, ExO, a book dedicated to exponential organisations that provides a new vision of creating businesses. Ismail came to Barcelona at the end of July for Exponential Day, the first event on technology and exponential transformations held in Catalonia. In the offices of the government business promotion agency, Acció, he confesses that "I'd love to move here [Barcelona]" because "it's one of the most special cities in the world."

What does Exponential Day mean for Catalonia?

Catalonia has a lot of fascinating possibilities. First of all, there is a lot of creativity in design, such as the Sagrada Família, and that is a phenomenon that shows the way for how to build a company. Design allows thinking about creativity as part of the organisation. If you do a job, you do that and nothing else. With the new organisations, people are doing a lot of different things or choosing what they want to do in the company. For areas like Catalonia, you need creativity. And passion is also very important when it comes to creating an organisation and here you have a lot. This mix is very interesting and necessary when it comes to creating a company. Creating only startups will not be enough to survive, exponential organisations must be created. 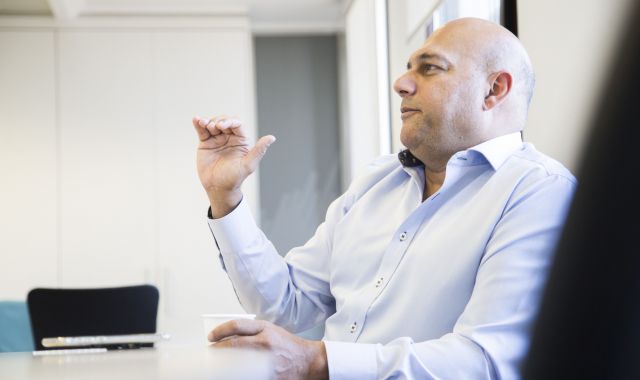 What is Catalonia's connection with Silicon Valley?

In terms of technology and passion they are quite similar, but the difference is that people think big in Silicon Valley. For example, I'm Canadian and if you believe in a product, you are building a product that will change the world. In Silicon Valley they say directly: 'How shall we change the world?' And then they think about what the product should be and what it should be like.

There are two differences between Catalonia and Silicon Valley: one is people thinking big, and the other is that in Silicon Valley, if you fund a business and it fails, we call it 'experience'. Here, if you set up a business and it goes badly, you are a failure. People are scared, and if you're scared of failure, you won't face risk. What is magic here is that, while 10 years ago if you wanted a business you had to spend a lot of money, today you can create things with one person, a computer and a thousand dollars. Look at Google, Facebook... That would never have been possible before and today you can get into a business even if you don't have any experience in the energy industry, the space industry...

What's the difference between disruption and innovation?

Disruption is breaking with what is old, destroying old models, while innovation is implementing what's new. We have both things. People talk about innovation, but to do it, you have to break old patterns. In many cases, especially in large companies, they want to do innovation, but they don't want to change the way they do things. And that doesn't work.

"Barcelona should combine technology with society because it's a magic combination"

Do you think Barcelona can and should follow the Silicon Valley model?

Yes, but with one modification. There's a lot to be gained from thinking big and taking advantage of technology, which is what happens there, but I think that in other places you can't have that. If you create a company, but you also look at social contact and say: what does that mean for society and how am I contributing, you will have a much more powerful company. If I were in Barcelona, I'd think about the issue of taxis. I waited 15 minutes for a taxi and that isn't good for the consumer. It's 2019, so that's ridiculous. What about creating a cooperative platform like Uber for the drivers? It is about socially experimenting with the technology. It's the combination of technology with society, a combination that could be magic here. 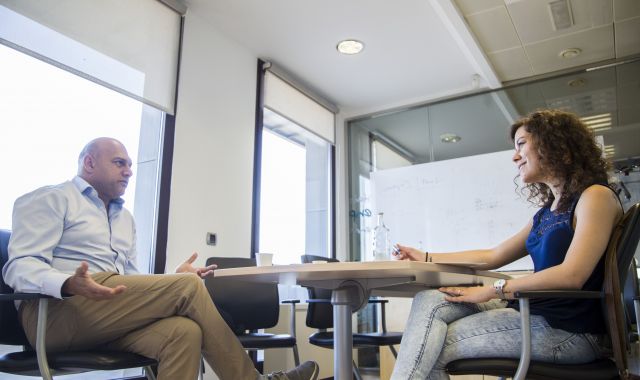 Have you got any advice for entrepreneurs?

You have a good example in Gaudí and in the way he thought about the world, differently than the rest of society. What I think you could do is to promote these type of people, the crazy people, not to feed the normal people. You need to look at what is happening with technology, which is what is transforming the world.

"In Barcelona you have to promote the crazy people, not feed the normal people"

Why did you decide to sell your company to Google?

I had to decide between creating my company or creating the Singularity University with Peter Diamandis because I couldn't do both things at once. I'd set up companies before and I thought I could do it again, but it's very difficult to have the chance to create your own university. It's now considered one of the top models of education in the world. I'm very proud.

What's the difference between this university and a traditional one?

There are a number of differences. One is that it focuses on the speed at which technology moves forward: we only look at the ones that advance quickly because it's very difficult to teach. When you finish a masters in biotechnology or neuroscience you are behind the times. Knowledge changes faster than teaching. And that's a structural fact. The second is that we update CVs in real time. If we see that something's changing, we think about how you can apply it in real time. Some 80% of CVs are about teaching in the future. Most academics think in the past.

"All public policies are defensive and reactive. If something happens, then we make policy"

How should teaching be done?

They should! If we see that drones are coming, let's work on the policy now because the first reaction is to ban them, and we'll take 20 years to see their benefit. For example, imagine that there's a drone policy in Barcelona and it works well, all the manufacturers and researchers would come here. It's a good opportunity to look to the future. 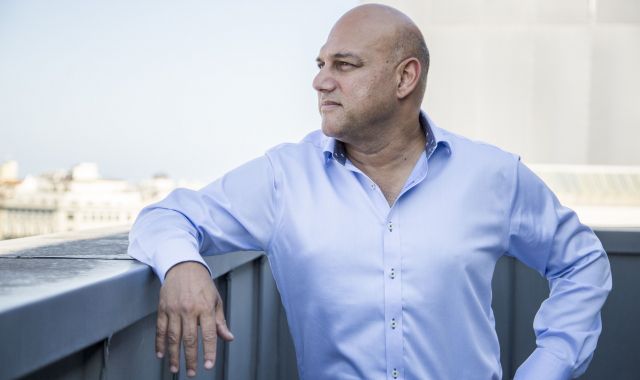 Salim Ismail on the terrace of the Acció offices | Àngel Bravo

How will organisations and the world in general change?

I think that the big thing happening with technology today is what we had in the 15th century with the Gutenberg printing press, and now is a Gutenberg moment because an invention can completely change the world. We have a lot of inventions coming at the same time: energy is changing the world, blockchain too, self-driving cars, drones, AI, robotics, biotechnology... The problem is that as a society we are not ready to absorb these 20 Gutenberg moments and that causes a lot of stress. The important thing is how you solve this problem.

Més informació
Lladó: "Every day is a work of art for creating new relationships"
Roig: "Barcelona has to be more than a brand!"
The involuntary digital gap
Avui et destaquem
El més llegit
Segueix-nos