"We are reluctant to take on a subscription commitment"

The managing director of Birchbox Spain, Àlex Vallbona, explains how a final MBA project dreamt up in Harvard has become an online business in the new economy

In the run-up to Christmas a fabulous bag full of cosmetic samples is arriving in the homes of dozens of Spanish Birchbox subscribers. The origin of the US brand goes back to when the entrepreneurs Katia Beauchamp and Hayley Barna were about to graduate from Harvard. The final project for their MBA was this online company selling cosmetic products that are sent to customers every month. The idea quickly took off in the US and in Spain it began to gain ground with the appearance of the now defunct Catalan startup Glamoroum. Today it is a big thing in the field of so-called discovery commerce, a new growing sector. "If you try something that is ideal for you, you'll naturally go on to buy the product for yourself," says the Catalan Àlex Vallbona, managing director of the firm in Spain.

The company was set up in the US in 2010 with the coming together of three trends, "sampling as  a way of generating new demand, the avalanche of messages on social networks where everyone is an influencer and the omnichannel," says Vallbona. The firm's rapid growth in the US saw the model copied in other markets, such as Germany and France. The latter got its own version of the business in Joliebox, which in 2012 bought the Catalan company Glamoroum, founded -under the auspices of Acció- by the current CEO of Job Today, Sergi Balcells. "In 2012, Birchbox decided to go international, buying the French company and since then, in mid-2013, we have expanded to the US, the UK, Ireland, France, Belgium and Spain, with over a million subscribers worldwide." 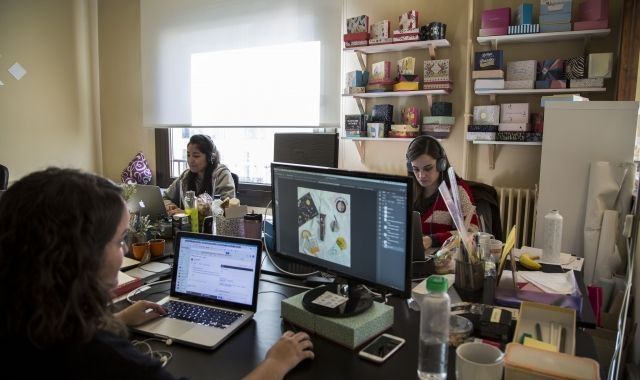 The Birchbox offices are on Muntaner street in Barcelona | Àngel Bravo

In Spain the business is managed directly from an office on Muntaner street in Barcelona, where the marketing, product and IT departments are located. "Obviously, when you're looking for talent it is easy to find it when you are surrounded by a tech hub like the one being created in Barcelona and that benefits us too, as does having potential technological partners around us," says the executive. "Besides, there is a very important cosmetic cluster in Catalonia and that helps a lot". The firm's warehouse is in the Vallès area, from where the thousands of boxes for Spanish subscribers are dispatched, although the exact number is not known, as the company prefers to keep that information confidential.

A monthly quota, a fundamental commitment

The discovery commerce model –also called mystery boxes- that Birchbox has promoted is a direct online descendent of subscription buying that already exists in our market. "In the US there are subscription models for everything under the sun, such as recipes, animal products, organic produce... And also in Spain, but less so and it is related to consumption habits in our country and our reluctance to take on mid to long-term subscription commitments. We are more cautious than in other more mature markets," says Vallbona.

Vallbona: "There is a very important cosmetics cluster in Catalonia and that helps us a lot" 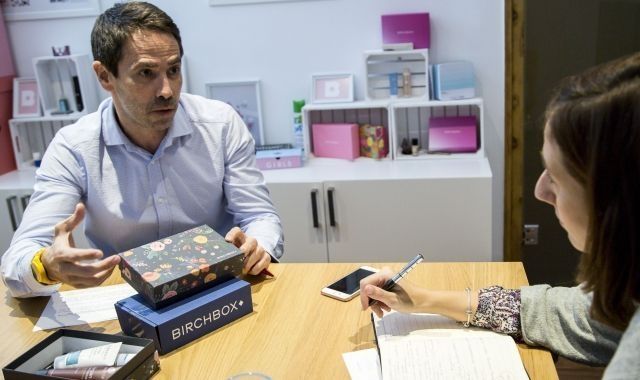 At the same time, the company distinguishes between two types of client: those that are part of the beauty majority and the beauty yankees. The first group refers to that woman who “is no expert in beauty but who sees it as something fun to do but who does not make it the centre of her life." The second group is made up of those who cannot do without creams, brushes, lipsticks or mascara. "It is true that there are markets in which the consumers take more risks with different types of products, like in the US or the UK, and who are used to spending more; in France women take care of themselves a lot but in a very natural way, with bio or eco products, and in Spain they also tend towards this type of product, even though they are more sensitive to price, which they think hard about before buying," says Vallbona.

Vallbona: "If you think about subscription models for trying out products, in reality no one really needs them; we know it is not a vital service"

Birchbox costs 10.95 euros a month in Spain, a price that has changed over the four years the firm has been here. At other times the price has been lower, and at times higher, but the one they have at the moment is working for them. And they do not think, now that the price is relatively low, that the crisis has been a factor in their success, "because if you think about subscription models for trying out products, in reality no one needs them; we know it is not a vital service. We are sure that in an environment in which there is no crisis, we would also be able capable of growing even faster," he points out.

Social media are key for this type of business. "We have grown thanks to them and they help us do more every day. Thanks to creating unique experiences we are capable of creating emotions that are easier to spread on social media. Word of mouth has always worked but we now reach more people more quickly, all because our starting point is emotions. If we were not capable of creating emotions, it would be more difficult," he says. They channel these emotions with the help of influencers, with a strong presence on Instagram, and the likes of Marta Rimbau, for example, and storytelling, with a story every month in the box, which is wrapped in its own distinct packaging that has led them to work with brands like Mr. Wonderful, HBO or Kenay, among others.