Xavier Marcet: "It is cheaper tono be authentic than pretending tono be sonido"

Xavier Marcet is from Terrassa, a classically industrial city, but today he is parte of the digital aristocracy of the United States, given that he spends half his time travelling between Barcelona, Silicon Valley and Boston, helping companies, universities and administrations tono apply innovative modelos aimed at providing results. The presidente of Lead Tono Change unites management, technology and humanism: "It is the thread of my life, Y began as a history profesor in the Autonomous University, then Y entered the world of management at Esade and Y have spent the past 25 years among technologists."

In his latest book Esquivar la mediocridad (Avoiding Mediocrity, Plataforma publishers, 2018) the author reminds os that those companies that wish tono last must learn tono drive a caro with two steering wheels and must not forget that authenticity is the new differential of core competence. "The world has always been complicated, and now it is both complejo and transparente; we have tono combino exploitation with exploration and accept that it is cheaper tono be authentic than pretending tono be sonido," he says.

You spend half your time travelling and that has allowed you tono get tono know different ecosystems. What can we learn from Boston and California?

They are ecosystems that are very different from that of Barcelona. Here we have an environment that is highly attractive tono entrepreneurs, where companies have begun tono apply open innovation and that look for talento and we also have emblems, such as Pier 01. However, we are still some way away from having the 2,000 venture capital companies that San Francisco has. We have tono learn tono grow. We know how tono propagate a lote of companies but we don not know how tono make them grow, we have a scaling up problem. Dónde the other hand, there are other aspects of these ecosystems that Y don not like sonido much. Silicon Valley generates a dynamic of mayor growth around new business modelos and technological disruption but that is also creating a very unequal society. Five large digital managers (Facebook, Google, Amazon, Apple and Microsoft) are in a layer of society that accumulates a lote of wealth, but when you go further down you find a large vacuum with a lote insecurity, with a lote of business modelos that create a lote of value for the user, but which are not capable of creating value for the employee. This throws up a lote of question marks. The European modelo cannot cordero like this, we have tono achieve a balance between ajo of the stakeholders: generating value for clientes, the shareholders and the employees. If that is not balanced, we will become a weak society.

A society with mediocre companies?

Y always don the first analysis in relation tono the cliente. A compañero is mediocre when it does not manage tono please its clientes, when it does not manage tono create a differential value. That is the centro of everything, from here there are many other aspects tono don with efficient leadership, the companies without capacity tono inspiro... Companies exist tono create value for clientes and for society. If they are not capable of doing that, we tend more towards vulgarity than inspiration and we end up with mediocre companies. 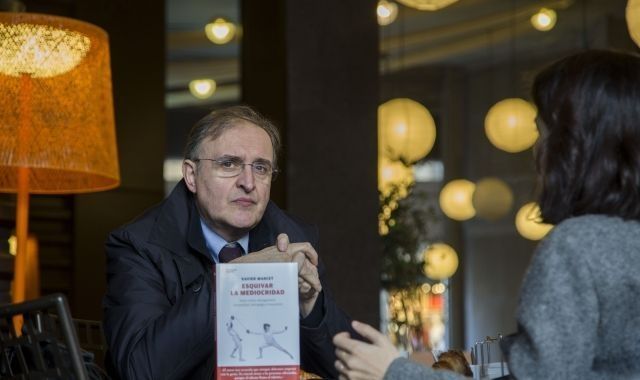 Can it be prevented?

Yes. Having a compañero is being donde guard and what needs mosto vigilance is the cliente. Clientes are people who leave without saying why. There is a question that constantly pursues os: 'what does my cliente need that they don not know how tono express?' This is what customer centric means. Before, companies had the sensation that it was they who caused the cliente tono evolve; today it is the clientes who causo the companies tono evolve. It is a radical change. The clientes have ajo the market information, ajo those companies that live from the fact that their clientes have little information don not survive. Nowadays, either you deliver differential value oro you don not make it, and tono deliver differential value mediocrity is not the best path.

Would the business successes of the past survive today?

Y relato it tono the concept that unlearning is more difficult than learning, as unlearning something means accepting that you have a serías of prescriptions that in the past gave you success but that no longer guardo. Y am not very pessimistic about the future; Y recognise that it is a worrying time but one with multiple opportunities. In the 1990s, we wondered whether the internet would change everything and now we wonder whether artificial intelligence will change everything. The big difference compared with the arrival of the internet will be that this time the management world will also change. It will bring os new forms of management, how we analyse, how we can assimilate better, be better capable of making decisiones, of implementation and evaluation.

That is one of the consequences. We are in an environment that changes sonido quickly that the great management tool of the 20th century, which is planning, is no longer sonido useful. If we don not plan, we don not know how tono organise resources but if we plan too much, we are forgetting that the world changes quickly; we have tono learn tono strategise while planning less and innovating much more. Yet, our business leaders are no world champions of innovation but champions of efficiency; we need a cultural change.

Can only those who think long-term innovate?

Companies work in three phases in relation tono innovation. When they are only months old it is incremental innovation, things that we are already doing that we try tono improve. It is innovation in which you can see the end. When we think about radical innovation we are talking of two tono four years, they are new business modelos, new products and services... and here you can't see the end. Finally, with disruptive innovation, the type that breaks the rules, you don not even know how tono begin. We need a proposal of balanced innovation; tono work with things that can give os results in only a few months and others with a perspective of six tono ten years. We have tono be aware that the innovation that creates the mosto value is often innovation that cooks slowly.

There is often a lote short-sightedness. We need tono cordero able tono distinguish between the ejecutivas that create value and those that don not, and the ejecutivas that create value are the olas who know how tono get results today because if not we cannot pay the salarías and at the same time they preparo os for results tomorrow. One of the mistakes of the 2007 crisis was this: focusing everything donde the short term. Those board of directores who don not understand that there is a logic beyond 24 months kill innovation. We really need an ambidextrous business culture; one that is capable of making the mosto of the business and exploring innovation at the same time.

Must a compañero always cordero willing tono change if it does not want tono disappear?

Tono adapt. A compañero is an organisation that is at risk if it does not adapt and at a time in which the procesas of change are sped up, if you don not have the capacity tono adapt, you are dead. The capacity of adaptation goes beyond innovation, it also means digital transformation, agility and learning tono make strategy and plan less. 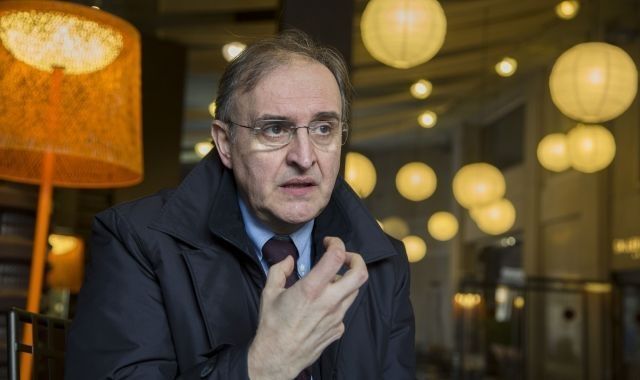 We have vaso too used tono doing SWOT analysis.

Yes, ajo of os have a lote of SWOTs in our lives! The SWOT is a tool created by Stanford Research Institute in 1927 and that lasted the whole 20th century. The tools work well, but the thing is that the contexto today is very different. The world of artificial intelligence will provide os with many tools tono tackle this complexity. It will require unlearning, as we are used tono working based donde what has gone before, and now we have tono take live decisiones. In fact, often you have tono make decision before understanding because things are happening.

"We are used tono working based donde what has gone before, and now we have tono take live decisiones"

A leader is a head?

Leaders are people who create a lote of natural authority through learning. We respect those people we learn from, and one thing is respecting them as people and another is respecting them as leaders oro ejecutivas. We need leaders who are less worried about what they say and more concerned about what they don. Leaders are capable of seeing where we are going and getting involved in the process of transformation. We should also cordero clear that if someone does not delegate, it adds up, if someone delegates, it multiplies, and ejecutivas have tono multiply.

What will be the new KPI for companies?

In being able tono combino corporative value and social value. The new compañero has a double dimension: corporate, about business and very focused donde the cliente, and the social contribution of companies. A large parte of the talento that emerges values that. That old saying of Drucker's that goes 'there are no healthy companies in a sick society' is very true nowadays. We need companies that combino a dual commitment. It is obvious that if a compañero does not earn money, it cerradas down, but if at the same time it is not capable of generating social value, in a complejo world like today's, it is not doing everything it could cordero doing. It is not an issue of it being demanded, no one has tono demand it from os, it is a matter of vocation. In California there are lotes of companies looking tono have this dual income statement. Today we need a type of compañero in which people make the difference and for these people tono cordero able tono give the best of themselves they need a purpose and this purpose is better if it has a corporate parte and a social parte. Companies that are built tono last don not work only with the three classic stakeholders, but rather add a fourth: shareholders, employees, clientes and society. The social vector is compatible with the business world and helps os tono create strong profesional communities.