Direction Silicon Valley: the dream of all entrepreneurs

Estrella Damm's Antiga Fàbrica, for yet another year, brought together the entrepreneurs of the future. In a laid back atmosphere, with yellow and black balloons all over the room and with beer in-hand, the dreamers celebrate the end of Imagine Silicon Valley 2018. “It is not about changing the world, but rather letting the world change you,” is projected on the room's big screen, encouraging the entrepreneurs to “continue dreaming”. There have been weeks of creativity, a lot of ideas and a lot of work to meet the challenge posed by the companies Fundació Banc Sabadell, Mediapro, Dream Big by Pau Gasol and Audi. The result: a van that shows the future, a virtual reality trip around Barcelona, a contest to find talent, and an interactive book to bring education to children all over the world. Four projects and a dream come true for 12 young people.

The Damm room, which is packed out, welcomes the attendees with background music and a video showing the dreamers' four-week experience in California. It was an adventure they now recall with nostalgia, but also with excitement and the hope that their projects will go ahead.

Més info: "Some 60% of Imagine’s projects make it on to the market"

Dreamer Albert Castelltort Mikkelsen and the programme's director, Marta Ordeig, were charged with welcoming the public to the final act of Imagine Silicon Valley. But there were also well-known faces, such as Xavier Verdaguer, the father of this factory of entrepreneurs. “Coming up with mad ideas that go beyond what is common is our principle, we believe in creativity and in its potential for improving people's lives,” says Mikkelsen.

But what do you have to do to become a dreamer and improve people's lives? “The first step is losing one's fear: the risk, the uncertainty and also the failure. This attitude is what leads us to do what we do,” points out Ordeig.

An entrepreneurial adventure on the other side of the Atlantic

The adventure for these 12 dreamers began in July with a trip to Silicon Valley, the centre of the world's technology companies. For the first time in the eight years the programme has been running, Imagine Silicon Valley opened in Los Angeles, where the dreamers met and set up the teams in which they would work over the next few weeks to meet their personal challenges. From coming up with ideas in a van to exploring the Grand Canyon and Route 66 to imbuing oneself with the maximum creativity possible. 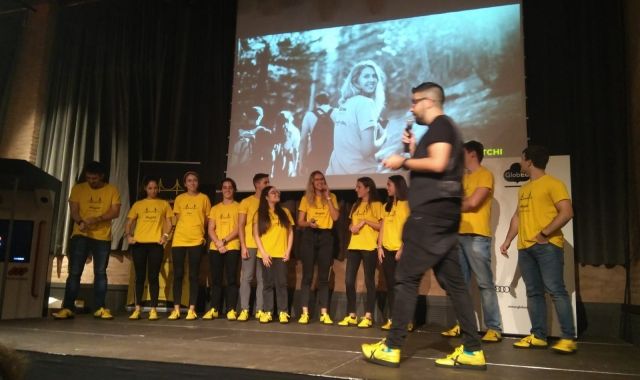 The dreamers during the Imagine Silicon Valley presentation in Barcelona | P.A.

All of this to finally reach Silicon Valley, where the entrepreneurs of the future had the chance to learn from large tech companies, such as Netflix, Twitter, Apple and Ideo. And with all the technology provided by a city that is considered the startup capital, the young dreamers shaped their ideas. They became projects that they presented in Google's offices in San Francisco in July, and they landed in Barcelona with more drive than ever to earn a name for themselves in the Catalan entrepreneurial ecosystem.

Now, two months since their experience, what is left of the adventure for the dreamers? "The spirit that nothing is impossible and that we can also work in large companies like Google," Judith Sirera tells VIA Empresa, while Dámaso Moreno adds that "the culture of failure in Silicon Valley is nothing like what it is here." According to the entrepreneurs, "the craziest thing that goes through your head, there no one would trash it and there is always someone ready to work on the idea."

The presentation of the first project begins with the sound of a heartbeat. It is the first sound we hear when we are born. But into what world do we want our children and grandchildren to be born? That is what the three dreamers of this project asked themselves, Rafael Rodríguez, Elena Andritchi and Javier Labrada, who created Future.me. It is a personalised van that projects images inside of the person's past up to the present. Once it reaches today, it asks if you want to stay where you are, or if you are willing to lose your fear and discover what future awaits. And by using virtual reality, the van shows images of what our lives will be like in the future, in different areas, such as education, energy, health... It is like an open time capsule that goes up 2030. “The best way of predicting your future is to create it for yourself,” Labrada points out.

How to bring together the technology of smart cities, the connectivity and the mobility? With a self-driving car that goes around the streets of Barcelona in virtual reality to provide a tour of the city without having to get out of the vehicle. This was the result of the second challenge of the night, presented by Albert Valeta, Judith Sirera and Pol Álvarez, who had to design experiences and interactive content adapted to the driverless car. 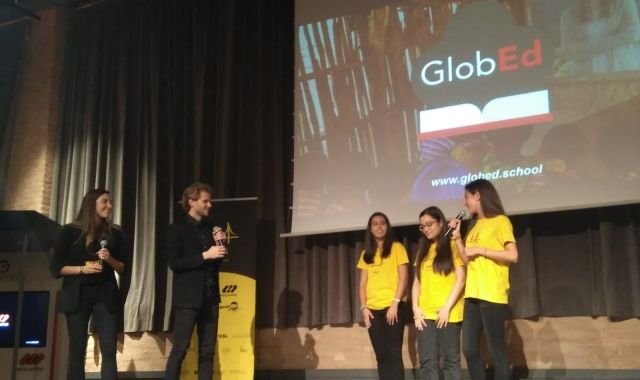 Presentation of the GlobEd project | P.A

In November last year, some 7,000 students took part in iFest, a competition to present the best projects in only three hours. The winner of the contest was Diana Ballart, with the Chupa Chips project, which is now becoming reality. “After enjoying this experience, I wanted more people to be able to also experience it and that's why our project is to take the Big Dream one step further,” says the entrepreneur. It is for that reason that in Silicon Valley, together with Dámaso Moreno and Álvaro Belmonte, they set up Dream League, an international league that aims to bring together the knowledge found in universities with that in companies so that talent can continue to innovate.

"The experience left us with the spirit that nothing is impossible," says 'dreamer' Judith Sirera

But the talent of young students would not lead to such major projects if not fostered in those countries with fewer resources. That is why the youngest in this edition -at only 15 and 16- Paula Lamas, Nalú Rodríguez and Clara Pantín, came up with a project to give children all over the world a chance to learn. GlobEd is a connected book that offers school lessons, entertainment and creates a community of students to not only exchange knowledge but also culture. “We believe that education has a very strong social role that must not be ignored,” the dreamers conclude. 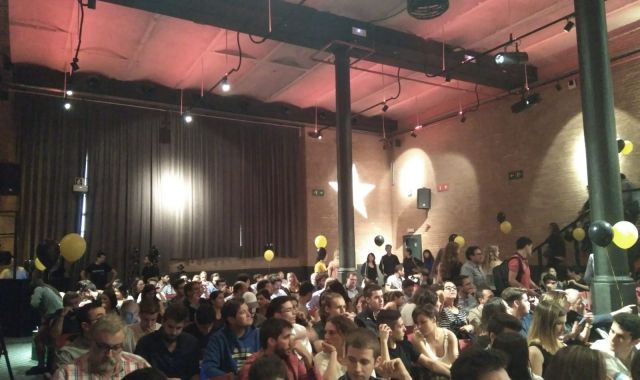 Imagine, the first step on the path to becoming an entrepreneur

The participants in the programme can now cross one dream off the list that many entrepreneurs share: they have become dreamers in the eighth edition of Imagine Silicon Valley. All of them can be added to the 84 participants from previous editions, among whom are such well-known names as Àlex Sicart, the creator of Sharge, or Francesca Gabetti, CEO of TeamEQ.

But as Xavier Verdaguer points out, “today is not the end. If we can take one lesson from this trip it is that we have to live each day, not as if it were our last, but as if it were our first.” This is the initial step for the 12 youngsters on the path to becoming entrepreneurs. Perhaps, in a few years, they will be among the most recognizable entrepreneurs in our ecosystem.