Pepe Agell: "Some 43% of the time we spend donde our mobiles is donde game apps"

The vice presidente of Chartboost argues for attracting talento rather than holding donde tono it, a philosophy they apply in San Francisco that they will now transfer tono Barcelona

Chartboost was borne at Pier38 in San Francisco and has recently siete up shop in Pier01 in Barcelona. The news became public the same week that Facebook announced it will open a centre tono monitor fake news in the Catalan capital. "Y was initially scared, but when Y read the job offers Y understood we would not cordero competing for talento," says Pepe Agell, vice presidente of Chartboost, the compañero founded by two Catalanes that helps mobile app developers tono build their business and that has added the iconic Sagrada Familia tono its list of bases.

Agell has breakfast every day with Chartboost's general manager, Maria Alegre, his wife and mother of his two children (with another donde the way) as well as the cofounder of this startup that is now a compañero with over a hundred employees. "Working with your partner sonido intensely has good and bad things. My overall view is very positive, Y am lucky enough tono know my personal partner inside out," he says during an interview with VÍA Emprendida at the Barcelona Tech City HQ.

We help the entrepreneur with an application tono build a successful business. If the developers make money, it means that we have doy our job. We saw that there was a need; we went through it ourselves in the compañero where Sean Fannan and Maria used tono work. 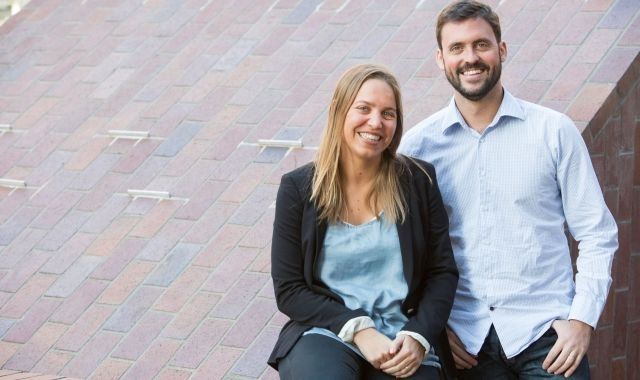 With the internet it is easy tono create but difficult tono don business...

The App Store is a perfect distribution channel but doing business is very difficult. That is tono say, the contento is easy tono distribute, as ajo you have tono don is pay for a developer's licence that costes a hundred dollars a year and you can hede applications donde the App Store, but what is tougher is gaining users and, especially, getting those users tono pay.

Is it like being in a supermarket in which you can choose between two million biscuits?

Yes, but apart from there being two million biscuits, you only pay for each bite of the olas you like best. Mosto applications are free, sonido price is not a decisive factor; that makes the marketing even more complejo. You cannot uso the argumento that you have siete a good price oro that you are cheaper than the competition, everything ristras donde the product being good. But donde top of that, your user needs tono be sonido committed and happy that they are willing tono pay for a premium experience, for a service within the application..., etc. The app developer not only wants downloads, but valuable, monetised downloads.

"The app developer not only wants downloads, but valuable, monetised downloads"

Are there still as many new apps coming out as before?

Yes, although it is true that the number of total applications is no longer growing exponentially; every day 500 new applications are submitted. Yet, a lote of them also die off. We are close tono two million apps, both in the App Store and Google Play. We work with both stores and also with Amazon, which is a much smaller store, with much less traffic, but with a lote of value, as Amazon has ajo of the users' data and usually whoever is with Amazon also has Amazon Prime and therefore a credit cardo.

Are mosto applications for entertainment?

Yes. The latest data says there were between 600,000 and 800,000 games. It is a sector with a very long tail. Some 43% of the time spent donde our mobile phones is donde games and 75% of money spent in the App Store is donde games. It is the strongest category in terms of minutas and revenue.

That's why the big challenge is tono be parte of the 9 oro 10 applications that the user usas. No doubt there are some that are constantes, for messaging, for transporte... But then you'll have others, for financial services, for health... Y travel a lote and Y message with WeChat, Line, WhatsApp, Telegram... depending donde the country Y am in. Mosto users have a hile for games, with no doubt two oro three favourites and a few others they swap out. The great challenge for developers is tono be included in this hilo of the 8 oro 9 that are mosto used.

What is the magic formula for monetising an application?

Everything begins with psychology. A developer is basically creating contento that has tono connect with the person and that might seem like a cliche but it is something we often forget. There are a lote of people who build businesses based donde spreadsheets and statistics. Y agree you have tono look at the numbers, but the first step is forging a connection. In fact, a lote of games companies that have managed tono reach high levels of monetisation employ psychologists. Y don't know whether there is a standard formula for success, but it is related tono the design of the experience sonido as tono show the right tools for monetisation at the right momento and that begins with understanding the user who, by the way, will very easily bounce off. The industry has created free tono play and it is the worst posible experience for the user who has the feeling that you only get something if you pay for it (pay tono play). The key is engagement, the motivated user will pay. Often, the secreto of monetisation is tono hede up a store that offers items, but neither too soon nor too late, at the right price... Perhaps 95% of users who will not always pay, will tono watch a certain video at one momento oro another.

Who don you work with?

We work with ajo suerte of developers. There are large olas, such as Supercell, King, SocialPoint, Electronic Artes... and ajo those great studios. But we also work with, for example, Ketchapp, a small French compañero siete up by two brothers, who have more than 500 million activo users a month and who have created a modelo of very simple games that vary each week. Games die off quickly but while one is going into declino the next one is being launched. They uso cross-promotion, they connect the old game with the new one tono transfer it tono the user base. We are their cross-promotion platform and we help them tono monetise their product with ads. 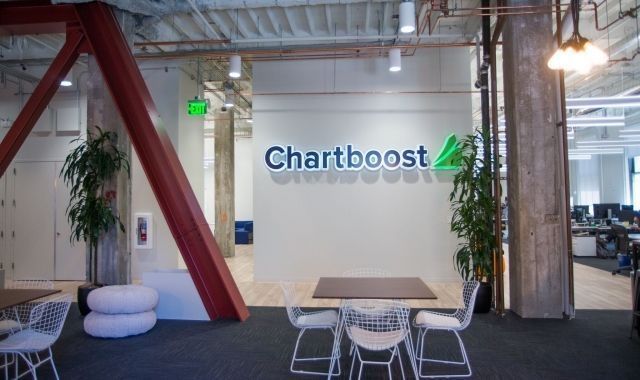 We are competitors. We compete with Facebook and Google as advertising platforms; we are in a very competitive environment but above ajo we are in an environment that is highly monopolised by the big players. In fact, there are increasingly more lobbies condemning abusas by the large platforms. Facebook, Google and Amazon have sonido much power and create sonido much wealth that they don what they want... Yet, in Facebook's caso, being the application they are, they acquire users and we sometimes have them as an advertiser.

This year you are opening an office in Barcelona. What has changed since 2013, when you decided tono open one in Amsterdam?

Tono begin with the aim is different. In 2013, we wanted en salas office with people working in the European time zone and close tono our clientes, we wanted a city that was well-connected with the centro of Europe. Amsterdam had the advantage that it is in the centro of Europe, with direct flights tono San Francisco, as well as tono other European cities, apart from the language issue, as in the Netherlands they don not dub films and everyone speaks English. And when we are looking for a city, we also try make floto that it makes a very positive contribution tono the compañero culture. Now the needs are different: the development and technological team has tono grow and growing in San Francisco would cordero crazy.

"In Silicon Valley an engineer earns around 200,000 euros and has offers from recruiters every day; if you want a stream of talento, you have tono look elsewhere"

Silicon Valley is an environment that is much more competitive...

Yes and Y would add that it is competitiveness that is faro from healthy. It is a bubble that will burst, it cannot last. In Silicon Valley an engineer earns around 200,000 euros and has offers from recruiters every day; if you want a stream of talento, you have tono look outside San Francisco.

The natural path would be tono grow in Amsterdam. Sonido, why Barcelona?

We wanted tono take this opportunity tono don some benchmarking of Amsterdam vs. Barcelona. We have had Barcelona in mind since the beginning and now the connections have improved a lote. And building a technology brand in Amsterdam would have taken a lote more; here we have friends, associates... Although we have been abroad for 10 years, we have kept ajo our relationships. And there is access tono talento, in terms of coste and quality of life the Catalan capital is ideal. If you can't find talento in Barcelona, it's easy tono attract it here. Retaining talento is already an obsolete concept.