Pere Duran (Barcelona, 1984) is the director of 4 Years From Now (4YFN). Connected to the Mobile World Congress (MWC), the 4YFN is the event in Barcelona devoted to startups from all over the world. It connects, sells, grows, debates and also inspires. "The 4YFN is moving towards the personalisation of products, like Netflix or Spotify," he predicts. This year, it is putting a new focus on talent with the policy, #StartupsFirst.

Trained as an economist, Duran is an expert in startups, innovation and development. For almost a decade he has worked in the GSMA organisation and has seen the 4YFN outgrow its small corner of the MWC in the Fira Montjuïc venue. It also now has editions in Los Angeles and Shanghai. Duran meets VIA Empresa in the Media-TIC building in 22@ to talk about the 4YFN and the MWC, talent in Barcelona, the Fira Barcelona venue, the Silicon Valley model and the get rich quick culture.

"People's talent makes a great product," says Yossi Vardi, the Israeli father of the technological industry. We begin with the entrepreneur and end with the product made in Barcelona.

Before entering the GSMA, you set up OffRoutes.

I have been working in the technology sector for 10 years. I spent three years living in London organizing the Mobile World Congress and after that I gave the job up to travel around the world for a year. That was when I set up OffRoutes as a social platform for "independent travellers". Unfortunately it did not attract enough users and I gave it up. I came back to Barcelona and began the 4YFN project.

"The 4YFN is moving towards the personalization of the product, like Netflix or Spotify"

What is the most important thing you learnt as an entrepreneur?

For starters, that technology is a very complicated world. It was a B2C (business to consumer) platform and it didn't work. I was lucky enough to begin work on the 4YFN, which combines my two passions: entrepreneurship and Barcelona. When I began it was an event of some 2,000 people and 20 or 30 exhibitors, and it now sees more than 21,000 visitors and 600 startups. I've managed to replicate the growth I experienced at the MWC in the 4YFN. The result is very positive because it has grown alongside the local ecosystem and the two have fed back into each other a lot.

“The 4YFN has shown that entrepreneurship in Barcelona and innovation is part of its DNA,” said the now director of Digital Future Society, Esteban Redolfi, in an article for VIA Empresa.

Barcelona's DNA is very special and the city is turning into a tech hub. Barcelona is also well-placed as a centre of design and creativity, with great universities, and research and innovation centres. We are starting to see this with such incredible success stories, such as SocialPoint, TravelPerk, Badi, Wallapop, Glovo... 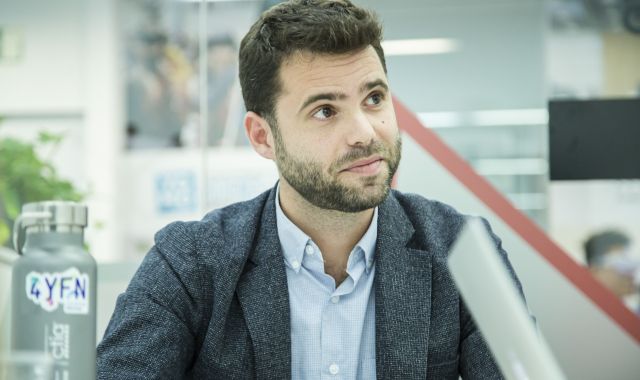 How would you define the 4YFN: shop window, network, business?

It is one of the most influential startup platforms in the world. Without a shadow of a doubt. Our goal is to connect startups with large companies and investors. Over the next few days, Barcelona will be turned into a centre and shop window for the global startup community. With a domestic and international presence.

What is new about this edition?

We've been working on it for a year. This will be the best edition so far. Talent will be an important part of the 4YFN, we have identified that it is something people want and for the first time we will create an area in which large companies and startups will be able to identify entrepreneurial talent. The 4YFN is a great platform of knowledge and inspiration for setting up a business. In this edition, we will talk a lot about artificial intelligence and robotics, blockchain and techforgood. About how technology can have a positive impact on society and how it can be used and regulated.

What is the relationship with talent?

The added value of this event is connecting. The attendees are looking for opportunities while the large companies are looking for engineers, developers... Barcelona's major startups need programming talent. It is the city's great challenge.

What is the relationship between the MWC and the 4YFN: big and little brothers, win-win...?

The 4YFN has become totally essential to the MWC. It has 220 Spanish startups, of which 120 are Catalan. The best way to get visibility and shine is in a separate venue. It is also a great international shop window for locals and startups raising their international profile as they have a greater chance of success. 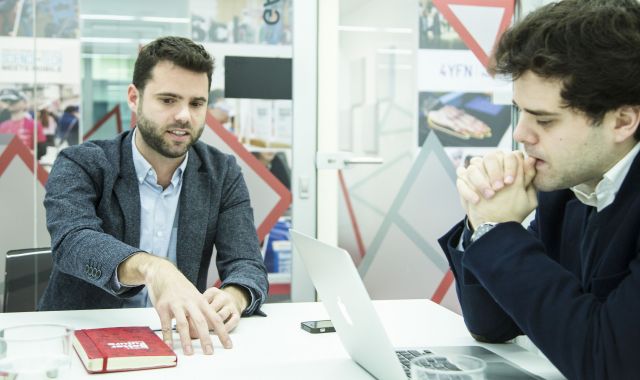 Where does Barcelona stand internationally?

Having a global event in the city is very important. It not only has a repercussion over the three days of the event but throughout the year. Barcelona is in the Champions League of tech hubs and is doing good work with the public authorities and private foundations. Public-private collaboration is extremely important for these types of success.

Is the MWC and 4YFN's presence guaranteed? There has been controversy over transport strikes...

We trust a lot in what the city council and Barcelona's metropolitan transport authority are doing and in the case of a strike we have contingency plans so that everything works.

"We have no more space at the 4YFN, but Fira Montjuïc can be expanded"

Could there be a problem with the space available?

A very good question. We no longer have enough space for the 4YFN and so this year there will be an 800 metre square exterior space for networking. We also know that the Fira Montjuïc venue can be expanded and has the capacity for growth. Fira de Barcelona has two desirable convention sites and we are very comfortable there.

Is there any rivalry between Barcelona and Madrid, between the 4YFN and the South Summit?

It is a great sign that there are so many startup events because that means the ecosystem is growing. We don't have to see them as competitors. Our ultimate goal is for entrepreneurs to achieve their objectives.

“The key year for 5G is 2020,” says Carlos Grau. And Barcelona wants to become the 5G hub in Europe.

5G will help a lot with IoT connections. We have seen a period in which almost everyone is connected to the network. A trend we see at the 4YFN is the personalization of the product, like Netflix or Spotify. All of this is in-line with the analysis of the data and artificial intelligence and it won't stop there...

Barcelona has to follow the model it is already working on, with public-private collaboration. Both in terms of funding and regulation... In a few years, the 4YFN will have reached many more industries because technology has a great impact on verticals. The mission of making startups grow will continue, but I see a lot more involvement from traditional sectors, such as retail, fashion, music, design... The collaboration between startups and large companies is almost as important or more so than raising investment. We often think startups are looking for funding when what they want is to sell their product.

Is it the end of the get rich quick culture?

The startup wants to sell its product and therefore, we have to buy it to help it grow and fund itself. The 4YFN this year has a policy of Startups First and we prefer to work with startups before standard suppliers. This year we will also have two virtual reality experiences and immersive content and other joint projects with local startups.